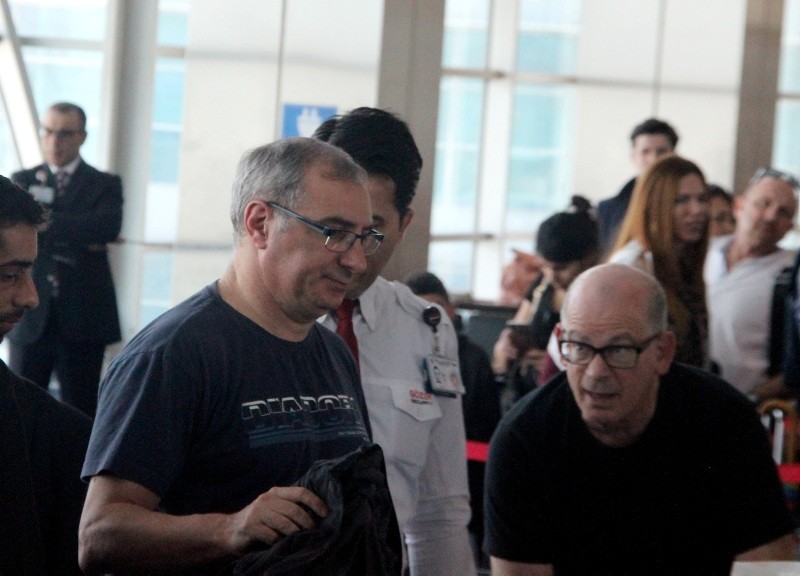 Na'eh was asked to leave Turkey for an indefinite period of time following indiscriminate violence and killings of Palestinians by Israeli soldiers along the Gaza border.

The Israeli envoy left the country Tuesday from Istanbul's Atatürk Airport. Before boarding his plane, he was checked by the airport's security.

"He is trying to play the victim, he is pursuing cheap politics," Çavuşoğlu said.

"The Israeli ambassador could have paid and passed through the VIP [line]. In Israel, we or our ambassador pass after paying. When the ambassador goes not through VIP but the normal passage, he will have to follow these procedures. Everyone follows them, [regular] citizens follow them. If you do not want to be subjected to this, you will pay the money and pass through the VIP."

The two countries are in the midst of a bitter diplomatic feud following the killing of about 60 Palestinians by Israeli forces during demonstrations along the Gaza border on Monday.

Turkey had already recalled its ambassador to Tel Aviv following the Gaza violence.