Turkey, US outline 'roadmap' for cooperation in Syria's Manbij 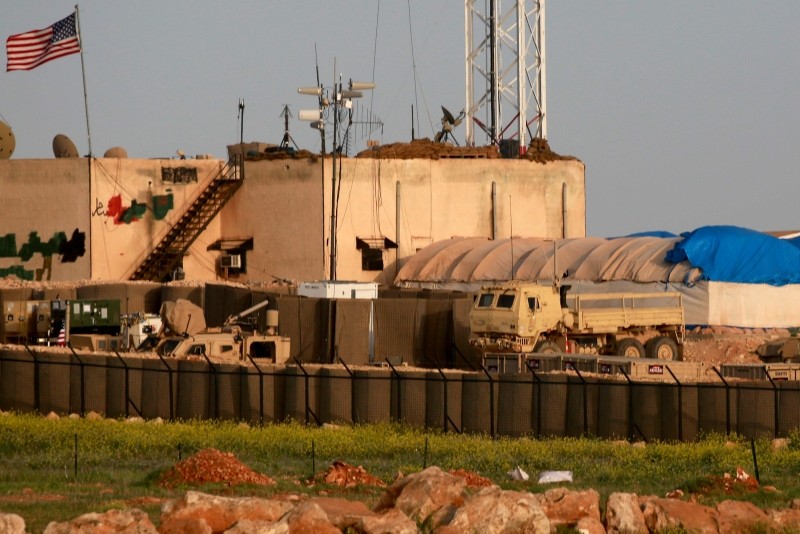 A picture taken on April 2, 2018 shows a general view of a US military base in the al-Asaliyah village, between the Syrian city of Aleppo and the northern town of Manbij. (AFP Photo)
by daily sabah
May 25, 2018 12:00 am

Turkish, U.S. working groups outlined a "roadmap" for cooperation in ensuring security and stability in Syria Manbij, according to a joint statement.

"The Turkish-U.S. Working Group on Syria met today in Ankara to continue ongoing conversations regarding Syria and other issues of mutual interest and cooperation," the statement said.

"The two sides outlined the main contours of a Road Map for their further cooperation in ensuring security and stability in Manbij," it added.

Foreign Minister Mevlüt Çavuşoğlu is scheduled to meet his U.S. counterpart Mike Pompeo on June 4 in Washington to consider the group's recommendations, according to the statement.

Turkey and the U.S. have established a mechanism to address separate issues in working groups, including stabilization of Manbij and prevent any undesirable clashes, following the visit of former U.S. Secretary of State Rex Tillerson to Ankara in February.

Manbij was captured from the Daesh in 2016 by the U.S.-backed Syrian Democratic Forces (SDF), which is predominantly led by YPG terrorists.

Turkey recognizes the PKK and YPG as organically linked terrorist groups. The U.S., however, while listing the PKK as a terrorist group, has supported the YPG militarily, under the pretext of fighting Daesh.

Ankara's demands that the U.S. stops arming the YPG and ensures the terrorists withdraw to the east of the Euphrates dates back to former President Barack Obama's time in office.

Though promised, the U.S. is yet to meet Ankara's demands, straining ties between the two countries.

The row over Manbij and Turkey saying that it could launch an operation to clear the YPG terrorists from the region have led to fears of military clashes between the two NATO allies since there are roughly 2,000 U.S. troops in the city.

This January, Turkey launched Operation Olive Branch in northern Syria's Afrin, to clear the terrorist presence in the area.

After liberating the city, Ankara said it might take its operations further east to Manbij unless the YPG terrorist group left the strategically important city.

The YPG's ultimate aim is to establish an autonomous region in northern Syria by connecting the northwestern Afrin canton to the Kobani and Jazeera cantons in the northeast, which the Turkish government considers a "terror corridor."

With the continuing operations, Turkey says it will eliminate all YPG threats in northern Syria.