US weapons provided to YPG will be taken back during retreat from Manbij, FM Çavuşoğlu says 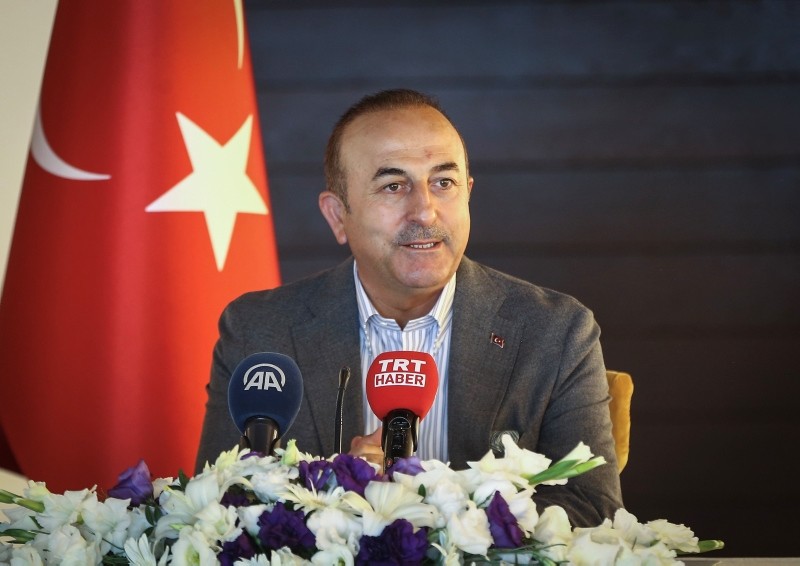 The weapons provided by the U.S. to the People's Protection Forces (YPG), the Syrian offshoot of the PKK terrorist group that dominates the Syrian Democratic Forces (SDF), will be taken back during their retreat from northern Syria's Manbij as agreed by Turkey and the U.S., Foreign Minister Mevlüt Çavuşoğlu said Wednesday.

Speaking at a press conference in his hometown of Antalya, Çavuşoğlu said that after the Manbij plan is completed, Turkey and the U.S. will move this model to other areas occupied by the YPG, specifically naming Raqqa and Kobani. He added that the roadmap agreed to by top diplomats of the two countries also includes this issue.

Çavuşoğlu met with U.S. State Secretary Mike Pompeo on Tuesday, and the two countries agreed on a roadmap for PKK's retreat from Manbij. Turkey has long demanded that the U.S. avoid cooperation with the YPG, putting a special emphasis on YPG presence west of the Euphrates River, including the predominantly Arab town of Manbij. The U.S. partnership with the PKK has deeply deteriorated the relations between the two allies, in addition to a number of other issues.

"The step that we will take is important both for Syria's future and as an opportunity to restore our broken relations with the U.S. That is why this roadmap needs to be fully implemented. Both sides have this determination," Çavuşoğlu said.

The Turkish minister said the roadmap was not "an international agreement" but rather "a bilateral roadmap".

"No 3rd country will have a say in Turkey-US deal whether it is France, United Kingdom or Belgium."

Following a visit by former U.S. Secretary of State Rex Tillerson to Ankara in February, Turkey and the U.S. established a mechanism to address separate issues in working groups, including the stabilization of Manbij and to prevent any undesirable clashes.

The first meeting of the working group on Syria was held on March 8-9 in Washington.

U.S. military support for the YPG terrorist group in Manbij has strained ties between Ankara and Washington and has led to fears of military clashes between the two NATO allies since there are roughly 2,000 U.S. troops in the city.