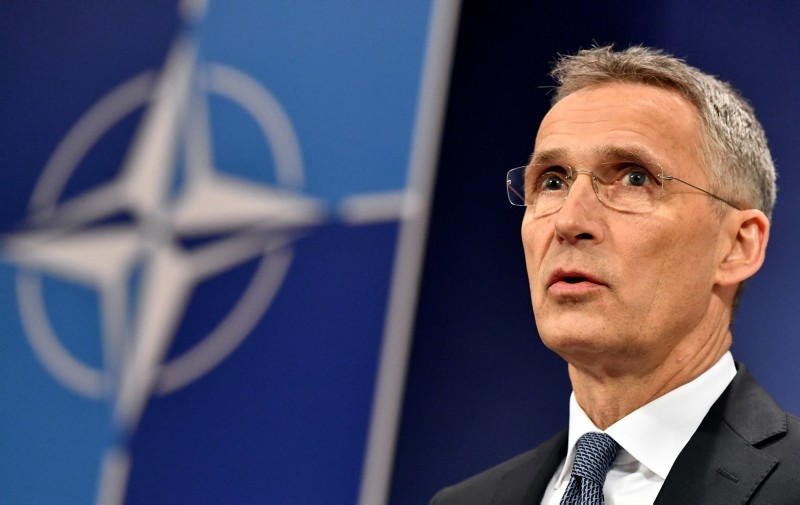 NATO chief Jens Stoltenberg said Wednesday that he welcomed the agreement between Turkey and the U.S. on a roadmap for Syria's Manbij.

Secretary General Stoltenberg's comment came during a press conference ahead of a meeting of NATO defense ministers in Brussels.

The roadmap on Manbij was announced on Monday in Washington after a meeting between Foreign Minister Çavuşoğlu and U.S. Secretary of State Mike Pompeo.

The deal focuses on the withdrawal of the PKK-affiliated YPG terror group from the northern Syrian city and stability in the region.

Turkey and the U.S. recently put forward a mechanism to examine separate issues in working groups, including stabilization of Manbij and preventing any undesirable clashes, following the visit by former U.S. Secretary of State Rex Tillerson to Ankara in February. The first meeting of the working group on Syria was held in March in Washington. The most recent meeting between U.S. and Turkey officials took place in Ankara last week.

Since the launch of the Afrin operation, Turkey has raised concerns with regards to the presence of YPG terrorists in Manbij, which was taken by the YPG in 2016, and said they must leave the region.

The U.S. had previously promised Turkey that the YPG terrorists will move from western Syria, including Manbij, to east of the Euphrates River.

However, Washington's promise, which was made during former U.S. President Barack Obama's term, has not yet been realized. There are also about 2,000 U.S. troops in Manbij and a dozen U.S. military bases in northern Syria, according to unofficial sources.