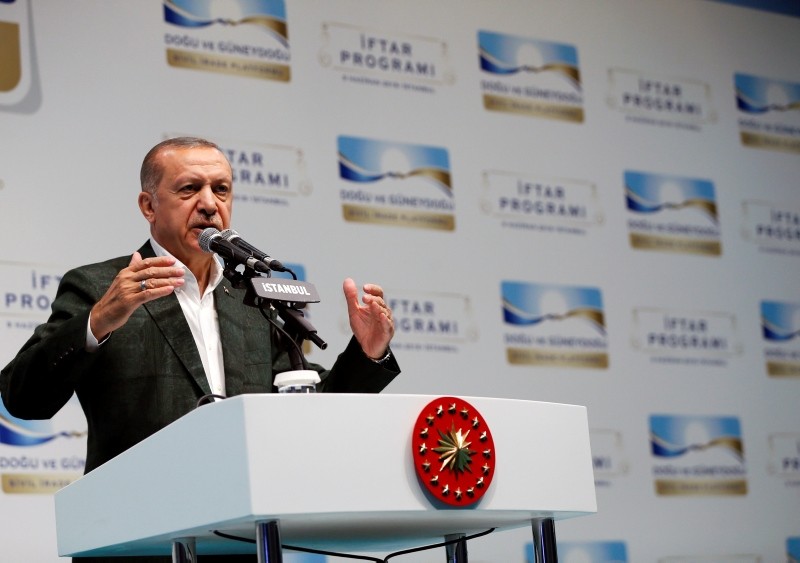 President Recep Tayyip Erdoğan on Saturday slammed Austria's decision to shut down seven mosques including a Turkish one and expel some imams from the country.

Speaking at an iftar dinner organized in Istanbul, Erdoğan warned that the steps taken by Austrian Prime Minister Sebastian Kurz's far-right government might "bring the world closer to a crusader-crescent war."

"You do this and we sit idle? It means we will take some steps too," he said, adding that the "Western world should get their act together."

Kurz said that the investigation on several mosques and associations conducted by the Ministry of Interior and Office of Religious Affairs had been concluded and that the activities of seven mosques were found to be forbidden -- one of them belonging to the Turkish-Islamic Cultural Associations (ATIB).

The Austrian chancellor added that the imams would be deported on grounds of being foreign-funded.

In 2015 when Kurz was Austria's minister for Europe, integration and foreign affairs he backed Austria's "law on Islam" (Islamgesetz) -- legislation that, among other things, banned the foreign funding of mosques and imams in Austria. The controversial law, which eventually passed through parliament, was intended to develop an Islam of "European character", according to Kurz.

"We act decisively and actively against undesirable developments and the formation of #parallelsocieties -- and will continue to do so if there are violations of the #law on Islam," Kurz wrote on his Twitter account.