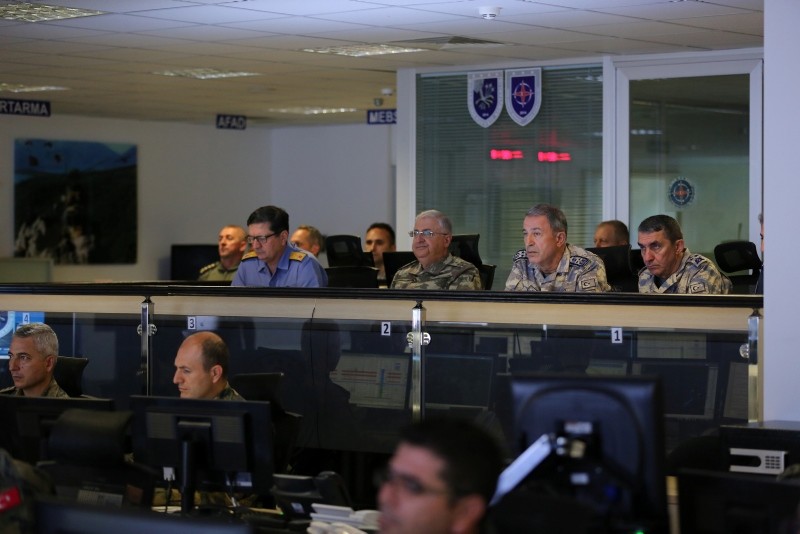 Turkish, U.S. military officials reached an agreement on the plan for northern Syria's Manbij at the meeting held Germany's Stuttgart this week, Turkish Armed Forces says in a statement Thursday.

The meeting between Turkish military officials and U.S. Central Command overseeing activities in the Middle East was held at the U.S. Europe Command headquarters.

In a statement released on Thursday, the Turkish General Staff said Akar and Scaparrotti also addressed the security situation in the north of Syria and the security issues in the Manbij-focused roadmap.

The Manbij roadmap was announced after a meeting in Washington last week between Foreign Minister Mevlüt Çavuşoğlu and U.S. Secretary of State Mike Pompeo.

The deal focuses on the withdrawal of the PKK's Syrian offshoot People's Protection Units (YPG) terror group from the northern Syrian city located west of the Euphrates River and on stability in the region.

Should the model prove a success, Turkey will push for a similar arrangement in for territories under the control of YPG-dominated Syrian Democratic Forces (SDF) in eastern Syria.

If the Manbij model is successfully implemented, eastern Syria could eventually become a joint U.S.-Turkish zone of influence.