Complete resolution of Turkey, US views on contending issues not expected 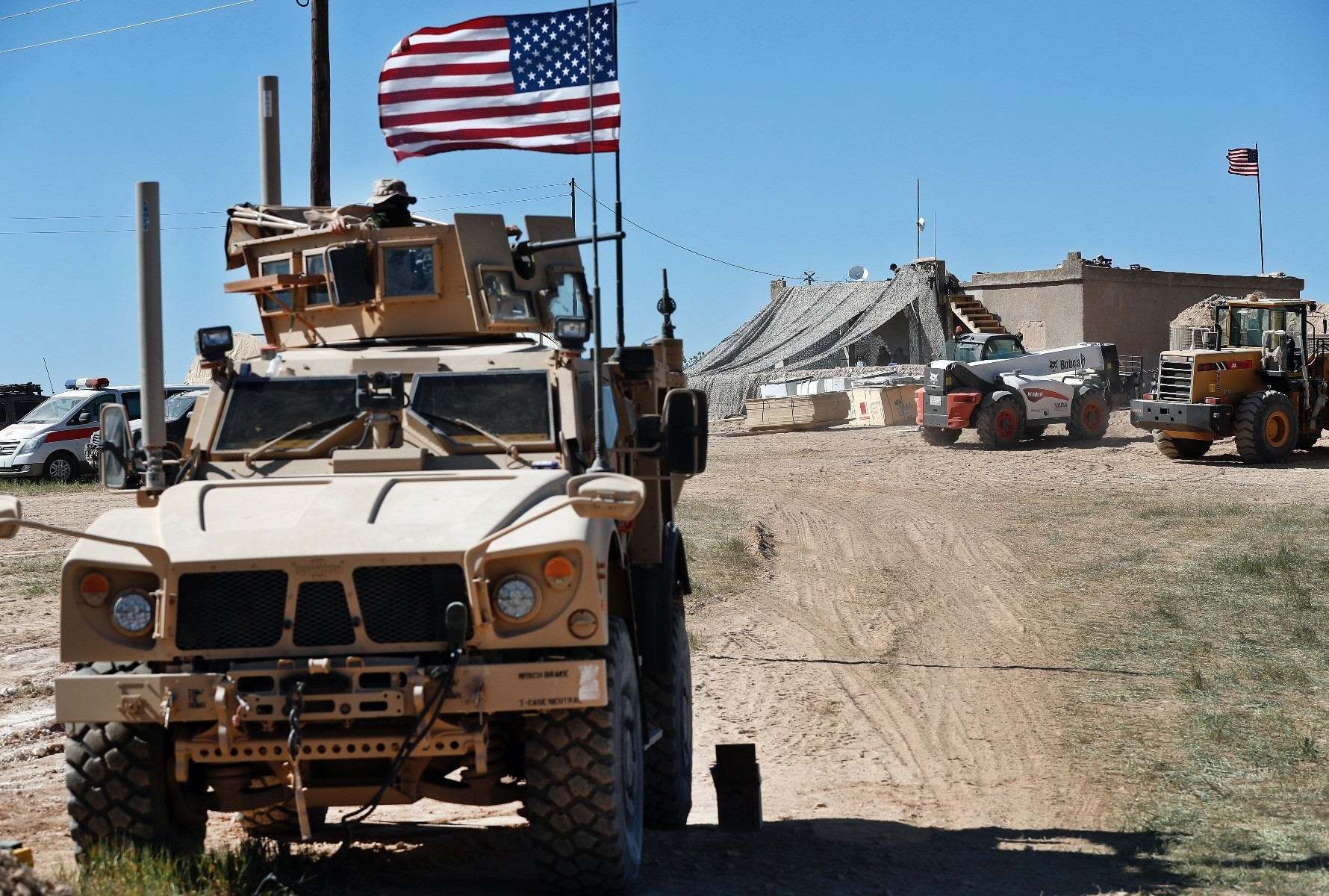 A U.S. soldier sits on an armored vehicle behind a sand barrier near the tense front line between the U.S.-backed Manbij Military Council and the Turkish-backed Free Syrian Army (FSA), in Manbij, northern Syria, April 4.
by Özgenur Sevinç Jun 15, 2018 12:00 am

Ankara and Washington have recently taken steps to overcome disagreements over issues that strained bilateral ties, particularly on the presence of PKK's Syrian affiliate in Manbij; experts say damaged ties will not fully recover any time soon

The recent Manbij deal has been considered a positive step for the long-strained ties between Turkey and the U.S., yet a complete reconciliation of different perspectives is not expected soon. The damaged ties between the two NATO allies, have been long waiting for a recovery. Relations were strained in recent years due to several issues including Turkey's purchase of S-400 missile systems from Russia and Washington's inaction on Turkey's extradition request for Fetullah Gülen, the leader of the Gülenist Terror Group (FETÖ) that is accused by Ankara of orchestrating the July 15 coup attempt.

It came to a breaking point with the U.S. arm support to the Syrian Democratic Forces (SDF), which is dominated by PKK-affiliated groups. The PKK has been carrying out a terror campaign against the Turkish state for 40 years and it is recognized as a terrorist group by the U.S., Turkey and the EU.

Commenting on the issue, James Jeffrey, the former U.S. Ambassador to Ankara, told Daily Sabah that there will never be a complete resolution of the different perspectives.

"For the U.S. military, the [People's Protection Units] YPG is an ally against Daesh. For Turkey it is part of the PKK and thus an existential threat. The U.S. has an obligation to ensure nothing it does while cooperating with the YPG endangers Turkish interests," Jeffrey said.

Turkey has been considering the U.S. partnership with the SDF as utter recklessness which creates threats to Turkey's national security. With an aim of averting these threats, Turkey has showed that it will not shy away from taking action. It previously launched Operation Euphrates Shield and Operation Olive Branch against the Democratic Union Party's (PYD) armed wing YPG. Ankara repeatedly called on the U.S. to cooperate in Manbij against the YPG.

In relation to the issue, the two sides finally reached an agreement on working together. A Manbij road map was announced after a meeting in Washington between Foreign Minister Mevlüt Çavuşoğlu and U.S. Secretary of State Mike Pompeo.

"The recent deal on Manbij was a result of Turkey's success of combating the YPG terrorist organization at the dispatch of their lebensraum," Uğur Yasin Asal, an academic from Istanbul Ticaret University, stated referring to the cross border operations by Turkey.

According to the Manbij deal, the process is expected to involve a 10-day preparation period that began on June 5, before YPG militants start withdrawing. They will withdraw in 20 days after the preparations are completed, after which Turkish forces will be deployed to assure peace in the region and train local forces to establish and maintain security. The YPG will be withdrawing to the east of the Euphrates River.

Jeffrey stressed that he is confident that the deal will be implemented successfully "but both sides should stay in close contact to resolve any problems quickly and quietly."

As Foreign Minister Çavuşoğlu stressed on June 13, Turkey expects to use the Manbij deal as a model for other regions as well. He underlined that Syria should be completely cleared from terrorists and the Syrian people should return to their countries.

While Ankara has been expecting the U.S. to sever all ties with the SDF and implement similar agreements to oust the terror group, the U.S. has signaled that it will not easily give up on the group.

U.S. Secretary of Defense James Mattis said on June 6 that they won't simply cast out the SDF.

"Because it is critical in defeating Daesh, which we've still not defeated," Mattis said.

He added that the SDF is the only organization at the time able to thwart and defeat Daesh in "very, very tough fighting."

Asal underscored that "if the U.S. would like to sustain the ties with the YPG/SDF, Turkey will do what its national security concerns require. The U.S. has to drive a sharp line between the SDF; otherwise the [Manbij] agreement can be easily harmed in this uncertain, vulnerable and inconsistent region."

Turkey's decision to buy the Russian S-400 defense missile system has been continuing to be a contending issue for bilateral relations. Ankara has been strongly saying that it will purchase the system while the U.S. has been expressing that it has serious concerns and might even impose sanctions against Turkey.

Asal said that "Turkey has already made her choice to both use the S-400 systems from Russia and other related conventional arms from NATO countries. I think there won't be any middle ground for the issue, hereby the Turkey's sovereign rights and national security concerns are at the forefront."

Meanwhile, Jeffrey stated that the "key issue is not just general congressional prohibition on the purchases of Russian weapons by anyone, not just Turkey, but the specific danger that the S-400 operating in coordination with Turkey's F-35s would 'soak up' intelligence that would render both Turkey and the U.S.'s F-35s vulnerable to Russian countermeasures."