UK PM May calls Erdoğan to congratulate him on election victory 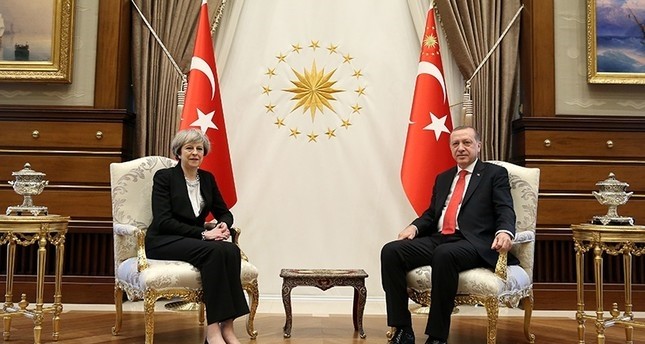 President Recep Tayyip Erdou011fan, right, poses for the photographers with British Prime Minister Theresa May, prior to their meeting at the Presidential Complex in Ankara (AP Photo)
by Daily Sabah Jun 25, 2018 12:00 am

In the phone call, the Premier said that the UK is looking forward to further developing bilateral ties with Turkey under Erdoğan's new term.

His ruling Justice and Development Party (AK Party) also secured a victory with 42.5 percent of the votes in parliamentary elections, with 99.64 percent of the ballots counted.

Along with the Nationalist Movement Party (MHP), the AK Party's election ally, the People's Alliance has won 53.7 percent of the vote so far.