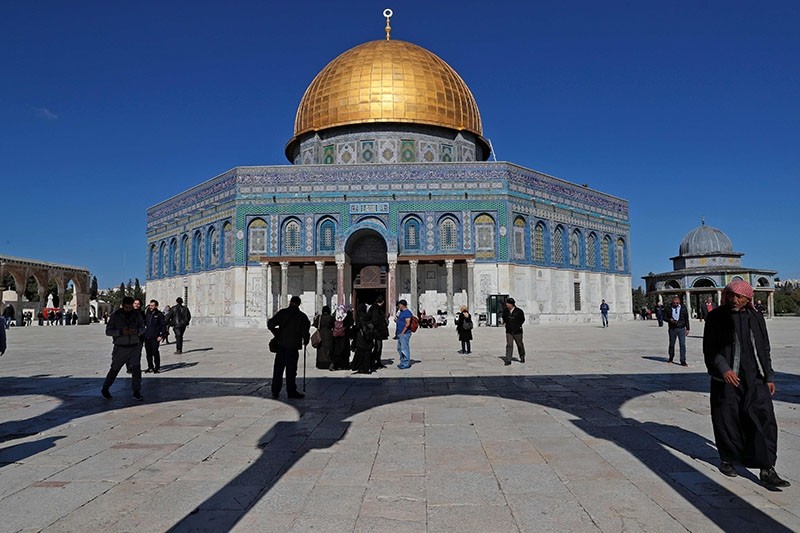 Israel has launched a media smear campaign against Turkey in preparation for a forceful effort to cut off Turkish support to Palestinians in the occupied East Jerusalem, a recent report in the Middle East Eye said.

Israel – dismayed by the re-election of President Recep Tayyip Erdoğan, one of the strongest voices decrying Israeli violations against Palestinians – has begun to lay the foundation to block Turkey's persistent support, the report explained.

On Friday, an insert in Israeli daily Yedioth Ahronoth titled "Sultana" attempted to defame first lady Emine Erdoğan. The report slammed the first lady as addicted to shopping, detailing her clothing, handbag and jewelry selection, purchased at reportedly exorbitant prices. It went on to bash Emine Erdoğan's humble upbringing and lack of higher education or work experience, suggesting she is not qualified to be the spouse of a powerful world leader.

Ironically, Prime Minister Benjamin Netanyahu's wife Sara Netanyahu faces charges of fraud after she allegedly falsely claimed meals worth $100,000. The family is also suspected of receiving a quarter of a million dollars-worth of luxury cigars, champagne and jewelry from wealthy individuals in exchange for financial and personal favors.

Israel's Channel 2 later issued a report titled "Israel's prepared plan against Erdogan." The broadcaster claimed that Palestinians and Arab countries have become fed up with Turkey's activity in occupied East Jerusalem, pressuring Israel to put an end to the aid. The report said the Israeli National Security Council has been investigating the Turkish International Cooperation and Development Agency (TIKA), the Turkish relief agency that operates in East Jerusalem with a permit. It now suspects TIKA is partnering with the northern branch of the Islamic Movement and Hamas, the channel said. Israel has repeatedly arrested Islamic Movement leader Sheikh Raed Salah on charges of inciting terrorism, and it lists Hamas as a terrorist group.

The broadcaster also said the Israeli National Security Council has prepared a plan to use any aggression by Erdoğan as justification to stop the Turkish aid agency from operating in Jerusalem.

According to the report of the plan – to be overseen by Netanyahu himself – Israeli authorities will begin restricting TIKA's work and force it to obtain explicit permission from the occupation for any of its activities.

Israel accuses TIKA of being the arm of the Turkish government aimed at strengthening influence in Jerusalem and at Al Aqsa mosque, through distribution of aid and even organizing iftars during Ramadan. It also accuses the relief organization of inciting Jerusalemites to violent resistance.

On June 11, Israeli authorities arrested 27-year-old Turkish national Ebru Özkan at the Ben Gurion airport in Tel Aviv after a three-day visit to Jerusalem. She was later charged with smuggling money, perfume and a phone charger to Palestinian group Hamas. A court has now called for her conditional release after public outcry. Özkan's detention is believed by some to be for the sole purpose of pressuring Turkey and deterring other Turks and Muslims from visiting occupied Jerusalem and Al Aqsa Mosque.

Israel occupied East Jerusalem, in which the Al Aqsa and the Haram al-Sharif are located, during the 1967 Arab-Israeli War. In a move never recognized by the international community, it annexed the entire city in 1980, claiming it as the Jewish state's "eternal and undivided" capital.