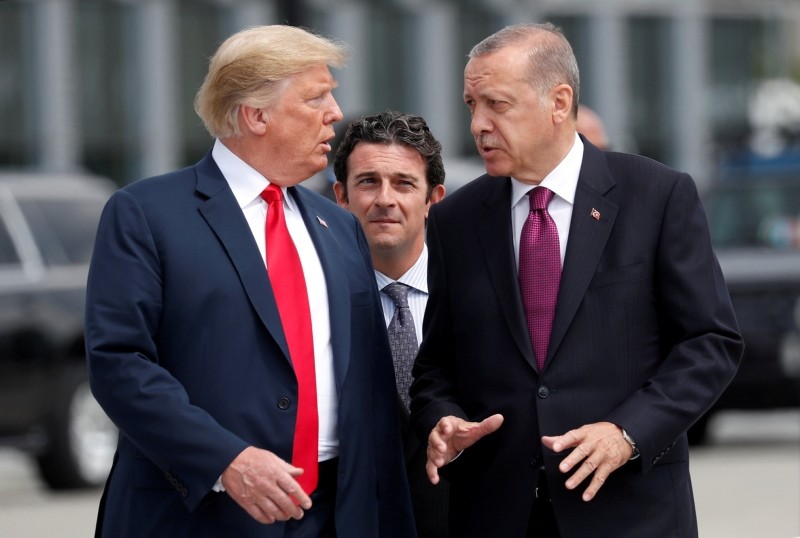 President Recep Tayyip Erdoğan and his U.S. counterpart Donald Trump discussed the latest developments in Syria, the Manbij road map and legal issues in a phone call on Monday.

The two leaders both underlined the significance of the issues discussed during the NATO summit last week. Erdoğan and Trump agreed that cooperation was of vital importance to end the ongoing Syrian crisis, stressing that the Manbij road map prepared by both Turkish and U.S. officials would be applied as planned.

The leaders also touched upon the ongoing legal issues between Turkey and U.S. regarding the trial of an American pastor, Andrew Brunson, suspected of links to terrorist groups and the extradition of Gülenist Terror Group (FETÖ) leader Fetullah Gülen, asserting their wish to further cooperation in all areas.

A Manbij road map was announced after a meeting in Washington between Turkish Foreign Minister Mevlüt Çavuşoğlu and U.S. Secretary of State Mike Pompeo. The deal focuses on the withdrawal of the PKK-affiliated the People's Protection Units (YPG) from the northern Syrian city and stability in the region.

Relations between the two countries have been strained after the U.S. did not respond positively to Turkey's requests to extradite or arrest Gülen to prevent his escape to another country. The detention of American pastor Brunson on charges of espionage and aiding the PKK and FETÖ also became a thorny issue between Ankara and Washington.