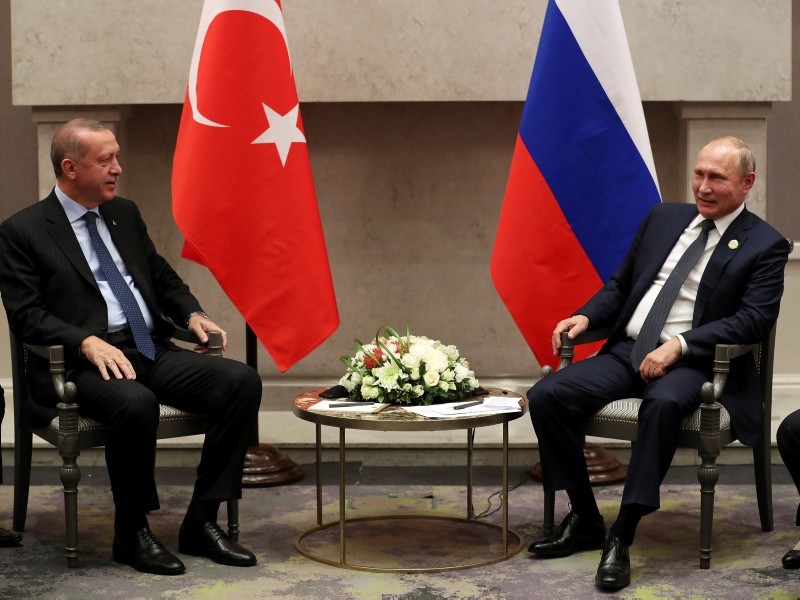 | AP Photo
by Anadolu Agency Jul 26, 2018 12:00 am
President Recep Tayyip Erdoğan had a one-on-one meeting on Thursday with his Russian counterpart Vladimir Putin in Johannesburg, on the sidelines of ongoing BRICS summit.

The two leaders met at 7.55 p.m. Turkish time [1655 GMT] to discuss various issues mainly Syria, bilateral ties, and the upcoming Tehran summit as part of the Astana process. The meeting lasted for 75 minutes.

"Any kind of solidarity between us makes someone jealous," said Erdoğan before the meeting.

There has been improvement in all fields including political, military, economic, culture and trade between the countries, Erdoğan said.

Recalling a $100 billon-trade volume target between the two countries he said: "I believe [...] we will realize this target."

The Turkish president also praised tourism figures between Russia and Turkey, saying: "I think some 6 million [Russian] tourists will visit Turkey this year."

Putin expressed his gratitude over carrying out joint projects with Turkey.

"Our relations will always continue to overcome various crises," the Russian president said. "Our relations in the economy will also improve."

Putin added: "I am very happy to meet you."