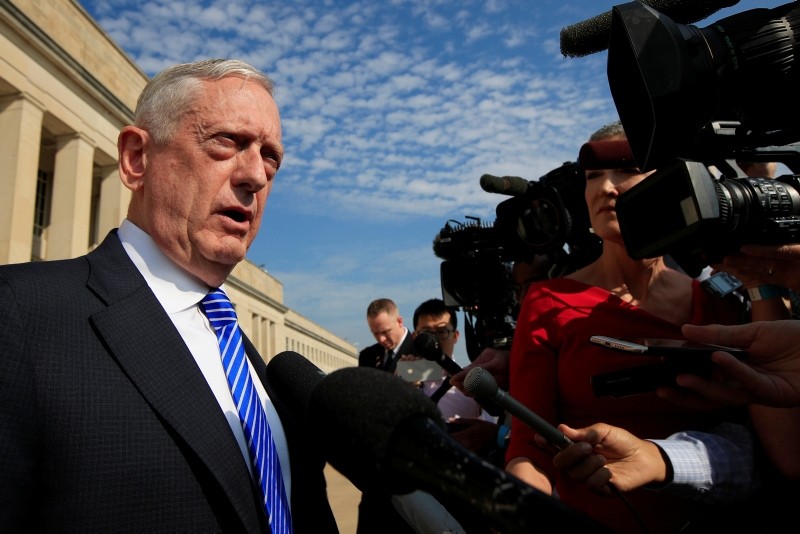 When asked about whether the recent escalating tensions would have a negative impact on cooperation between Pentagon and the Turkish military, Mattis said the two militaries remain on good terms and equipment for Turkey and the U.S.' joint patrolling activities in northern Syria's Manbij has been delivered to the Incirlik airbase in southern Turkish province of Adana.

The United States administration, seemingly under the pressure of evangelicals in the government, threatened the previous day to impose sanctions on Turkey over the case of Andrew Craig Brunson, a North Carolina evangelical pastor arrested in Turkey on espionage and terror charges. Using unprecedented rhetoric against Turkey, the United States resorted to threats to win the release of Andrew Craig Brunson, who was placed under house arrest on Wednesday. "The United States will impose large sanctions on Turkey for their long time detainment of Pastor Andrew Brunson, a great Christian, family man and wonderful human being. He is suffering greatly. This innocent man of faith should be released immediately!" Trump tweeted, minutes after Vice President Mike Pence tweeted a similar threat.

Pence later issued an ultimatum of economic sanctions against Turkish officials during a conference on religious freedom by the State Department, in which dozens of countries with flawed track records attended, but Turkey wasn't invited. Trump followed up the threatening messages directly addressed to Turkish President Recep Tayyip Erdoğan with a tweet.

Turkey's reaction to the threat was harsh.

The U.S. government's use of threatening language is unacceptable, the foreign ministry said, while the top diplomat Mevlüt Çavuşoğlu slammed the attempts to intervene in Turkish judiciary, saying that "rule of law is for everyone" with no exceptions.