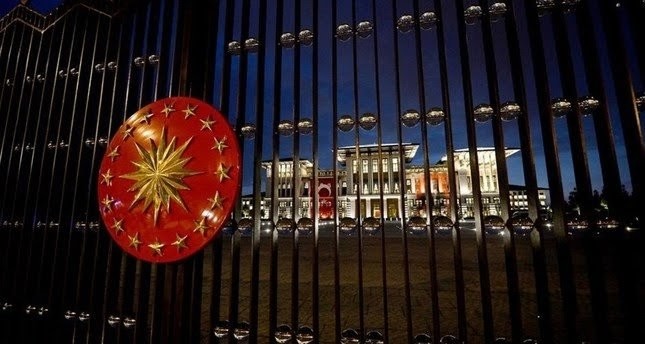 A certain discord and lack of coordination may be behind the White House and the U.S. State Department's differing responses on the case of U.S. pastor Andrew Craig Brunson, who is currently held on espionage and terror charges, a senior advisor to President Recep Tayyip Erdoğan said Friday.

Stating that there seemed to be "a certain discord or lack of coordination within the Trump administration" on Brunson's case, the senior adviser said that the State Department most likely didn't know of Trump and Pence's remarks until they appeared on media.

U.S. Vice President Mike Pence had took to Twitter to issue the ultimatum of economic sanctions against Turkish officials, while U.S. President Donald Trump had followed with subsequent threats directly addressed to President Recep Tayyip Erdoğan after the court's ruling was announced.

Reiterating that removing Brunson from jail was regarded as "a welcome development" by the U.S. and Turkey, Aybet said that U.S. Secretary of State Pompeo had welcomed it as 'diplomatic progress,' saying the U.S. would continue to follow the case.

"...this lack of communication shows that President Trump and VP Pence's tweets weren't part of a well thought-out, coordinated strategy," she said, highlighting the widening cracks within the U.S. administration.

She also responded to reports claiming the U.S had reached a deal with Turkey to secure the release of pastor Brunson. Stating that no specific agreement had been reached regarding Brunson or former deputy general manager of Halkbank Hakan Atilla's case, Aybet said a working group had already been established to resolve outstanding legal issues between both countries.

Reminding that Brunson was placed under house arrest because of his health problems, Aybet said this does not imply Brunson is guaranteed release.

She pointed out that the court's decision to do so was only to make sure Brunson was more comfortable in detention while awaiting his next hearing in October.

"It is not possible in any country, to cut short an ongoing case before the due court appearance and force the judiciary to reach a decision before that. Anyone with any notion of due process ought to know that," she added, underlining that the judiciary is independent from the political administration.

Brunson, a North Carolina evangelical pastor, is accused of links to FETÖ as well as the PKK terrorist group, along with political espionage.

"These are very serious charges in a country facing a dire national security threat from different directions," Aybet said on the matter.

Share on Facebook Share on Twitter
Previous in Diplomacy In his speech at the BRICS summit on Friday, President Erdoğan said... Next in Diplomacy President Tayyip Erdoğan will pay a state visit to Germany, probably...
DAILY SABAH RECOMMENDS