US risks ties with Turkey, harms own interests by issuing sanction threats over Brunson case 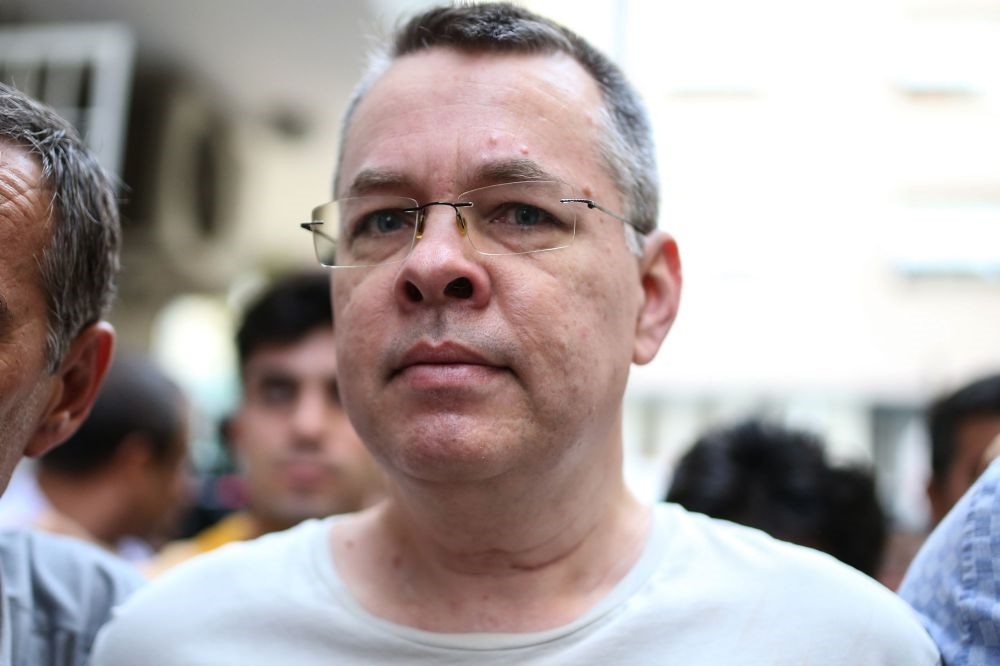 Washington's recent sanction threats on Turkey over the case of terror-linked pastor Andrew Brunson does not serve the U.S. political agenda, according to experts

Washington's threatening rhetoric against Ankara over the case of detained pastor Andrew Brunson and defense projects is only harming U.S. interests and does not reflect realistic policymaking, as Turkey holds a significant place due to its policies in the region. Turkey's National Security Council (MGK), which convened Monday under the new presidential system for the first time, said in a statement that the use of threatening language by the U.S. against Turkey was "unacceptable" and "disrespectful," given the ties and trust in the relationship between the two allies.

The statement added that the U.S. stance on Turkey's defense industry projects, linking such deals to conditions in violation of international agreements, will cause irreparable damage to the strategic partnership between both countries. Relations between Turkey and the U.S. have spiraled into a full-blown crisis over the trial of terror-linked pastor Brunson, who was in custody for 21 months until he was put under house arrest last week. On Thursday, President Trump and Vice President Mike Pence threatened Turkey with sanctions on Twitter. The U.S. Congress also recently passed legislation threatening to halt U.S. sales of F-35 fighter jets to Turkey, despite signed contracts between the countries.

Experts believe that U.S. threats of possible sanctions on Turkey are very unlikely due to Ankara's growing significance in regional and world politics, which the U.S. is aware of.

Hüsamettin İnaç, dean of Faculty of Economics and Administrative Sciences at Dumlupınar Üniversity, said that U.S. plans on Iran, Turkey's crucial position on Mediterranean gas reserves and its search for alternative alliances, will hamper any likely plan by Washington to put more pressure or sanctions on Ankara.

"Whatever U.S. officials think about Iran, a regime change or to discipline the current administration, they need Turkey to achieve their goal. Also, Turkey has the longest sea border in the eastern Mediterranean, where it has become crucial for the energy market with its recently explored gas reserves. Therefore, Turkey should not take a step back from its firm stance," İnaç said.Earlier Thursday, Pence tweeted "If Turkey does not take immediate action to free Pastor Andrew Brunson and send him home to America, the United States will impose significant sanctions on Turkey until this innocent man of faith is free."

Less than an hour later, a similar tweet was posted by Trump, threatening Turkey over Brunson's detainment. "The U.S. will impose large sanctions on Turkey for their longtime detainment of Pastor Andrew Brunson, a great Christian, family man and wonderful human being. He is suffering greatly. This innocent man of faith should be released immediately!" the U.S. president tweeted.

İnaç added that Ankara's improving relations with alternative powers, including Russia and China, put it in the position to bargain problematic issues like Washington's support for the PKK-affiliated groups in northern Syria's Manbij and the extradition of Fetullah Gülen, leader of the Gülenist Terror Group (FETÖ).

Meanwhile, Justice and Development Party (AK Party) Spokesman Mahir Ünal told CNN Türk yesterday that the U.S.-demand for Brunson's release is a disrespectful act against the state of law and sovereignty of Turkey. "Have they examined the prosecutor's indictment? They don't speak a word about the accusations and evidence which caused [Brunson's] detention," Ünal said.Brunson was charged with committing crimes, including spying for the PKK - listed as a terrorist group by the U.S., the European Union and Turkey - and FETÖ, the group behind the July 15, 2016, failed coup attempt.

Turkish prosecutors are seeking 15 years in prison for Brunson for committing crimes on behalf of terrorist groups without being a member, with up to 20 years for political or military espionage.

After the Cabinet meeting, Presidential Spokesperson İbrahim Kalın said yesterday that Turkey cannot accept any external intervention or threatening rhetoric on a legal case. He added that Turkey has alternatives to the F-35 purchase, as well as other cases.

AK Party Spokesman Ünal also criticized Washington's attitude on the Brunson case, due to its indifference in the case of Gülen, who has lived in Pennsylvania since 1999.

"Does Turkey fulfill every responsibility emanating from international agreements as a NATO partner? Yes. Has the U.S. fulfilled our request after July 15 as part of the ninth and 10th articles of the 1979 extradition treaty between the two countries? No. It was revealed that boxes of evidence that was sent by us were not even delivered to the court," he said.

Nihal Bengisu Karaca, a columnist for Turkish daily, Habertürk, wrote Sunday that the U.S. is aware of Turkey's importance and cannot simply break away on the Brunson case.

She added that the Trump administration should not expect concrete results from their threats as the Pentagon does not support the White House on its recent Turkey policy. She referred to U.S. Defense Secretary Jim Mattis's recent statement that the Brunson case won't affect military cooperation with Turkey.

Republican People's Party's (CHP) chairman Kemal Kılıçdaroğlu on Friday said that U.S. threats are contradicting the spirit of alliance between the two countries.

The Nationalist Movement Party (MHP) leader Devlet Bahçeli on Saturday also slammed Trump's threats, saying "This is a shame, a violation of moral principle, overshadowing strategic partnership and going beyond the limit and the border."