We hope dialogue will resolve problems but Turkey to retaliate against US sanctions if needed, official says 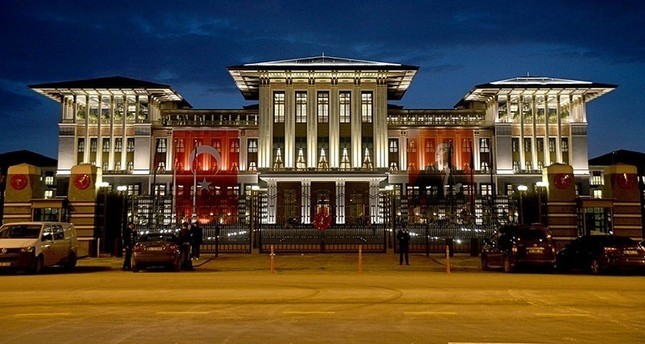 This file photo shows a general view of the Beu015ftepe Presidential Palace Complex in Ankara.
by Daily Sabah Aug 01, 2018 12:00 am

Turkey hopes that the escalating tensions with the United States over terror-linked U.S. pastor Andrew Brunson will be resolved through dialogue, yet the country is ready to retaliate to sanctions imposed by the Trump administration if needed, an official from the Turkish government said late Wednesday.

The official speaking to Habertürk daily on the condition of anonymity, said that the Turkish side hopes common sense and dialogue would prevail in the ways to solve problems between the two countries.

"We are negotiating with our U.S. counterparts at the moment, which continue in a positive atmosphere. Both sides have reiterated their willingness to preserve good diplomatic relations," the official added.

"Nevertheless, we will retaliate against sanctions on a reciprocal basis if we need to."

The U.S. Treasury on Wednesday issued sanctions against Turkish officials including Minister of Justice Abdülhamit Gül and Minister of Interior Süleyman Soylu in retaliation over Turkey's detainment of Brunson.

Brunson, who was previously jailed for his links to the Gülenist Terror Group (FETÖ) and the PKK, was released on July 25 following an appeal by his lawyer, who objected his extended detention in an earlier hearing, citing health problems the 50-year-old defendant suffers from.