Issues with US can be resolved through dialogue: Çavuşoğlu 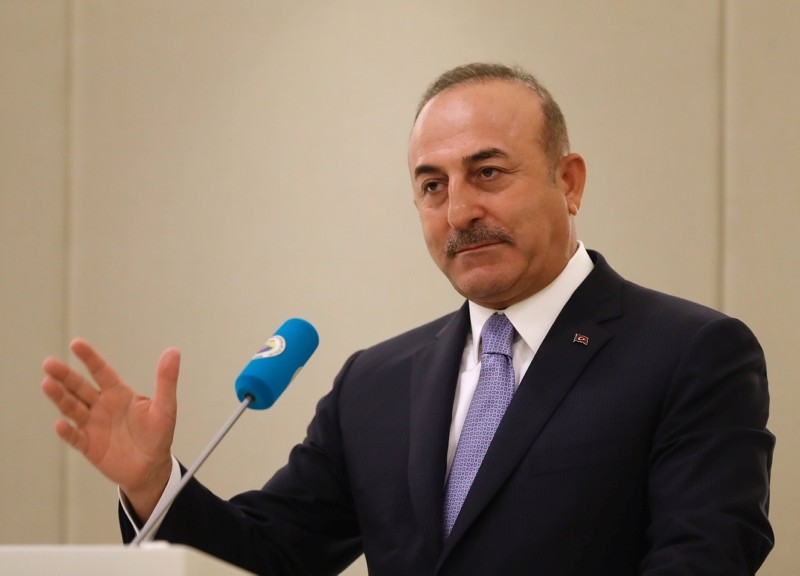 Foreign Minister Mevlüt Çavuşoğlu reiterated Saturday that Turkey will not bow to U.S.' threats, saying the issues between the two NATO allies over the detention of a terror-linked pastor can be resolved through dialogue.

Speaking at an event of Justice and Development Party (AK Party) in the southern province of Antalya, Çavuşoğlu said the use of threatening language does not help U.S. in getting results from Turkey.

Relations between Washington and Ankara deteriorated to an unprecedented level earlier this week after the U.S. on Wednesday imposed sanctions on Interior Minister Süleyman Soylu and Justice Minister Abdulhamit Gül for not releasing American pastor Andrew Craig Brunson, who faces terrorism charges in Turkey.

The top Turkish diplomat said his meeting with U.S. Secretary of State Mike Pompeo in Singapore was "constructive" and added that the two countries need to sit down and discuss a roadmap to resolve the problem.

"In my opinion, the U.S. itself needs a positive agenda. I believe we can overcome the current situation through compromise, diplomacy, negotiation and good faith, not by threatening language. An intensive process is ahead of us," the minister said.

On Saturday, President Recep Tayyip Erdoğan announced the country will freeze the assets of two United States officials in retaliation for sanctions against Turkey's justice and interior ministers.

Brunson is a Christian pastor from North Carolina who has lived in Turkey for more than two decades; he was indicted on charges of helping FETÖ, which is responsible for the failed 2016 coup, as well as supporting the PKK terrorist organization.