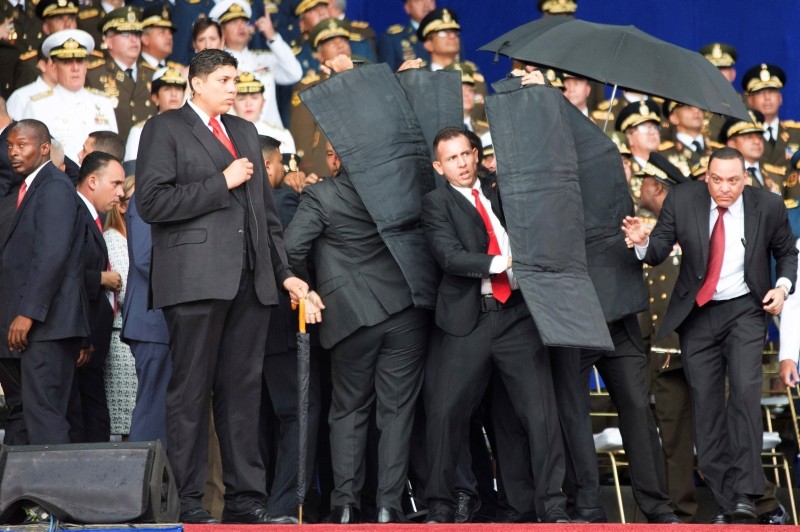 In this photo released by China's Xinhua News Agency, security personnel surround Venezuela's President Nicolas Maduro during an incident as he was giving a speech in Caracas, Venezuela, Saturday, Aug. 4, 2018. (Xinhua via AP)
by Daily Sabah Aug 05, 2018 12:00 am

Maduro's rescue was the "biggest consolation" following the attack, the statement said, wishing the seven injured soldiers a quick recovery.

"During this difficult time Turkey will stand by the friendly and brotherly Venezuelan people, President Maduro, his family and all government officials," the ministry said.

"The continuation of stability, prosperity, peace and security in Venezuela is our greatest wish. This is also important for regional stability and world peace."

"Turkey stands with the people of Venezuela and their democratically elected leader. We wish a speedy recovery to Mr. President and Venezuela," Altun wrote on Twitter.

Presidential Spokesperson Ibrahim Kalın also expressed support for Maduro, sharing a picture of the two together with a caption: "Be strong my friend."

Maduro dodged an apparent assassination attempt when drones armed with explosives detonated while he was delivering a speech to hundreds of soldiers being broadcast live on television.