Erdoğan to pay state visit to Germany on Sept. 28-29 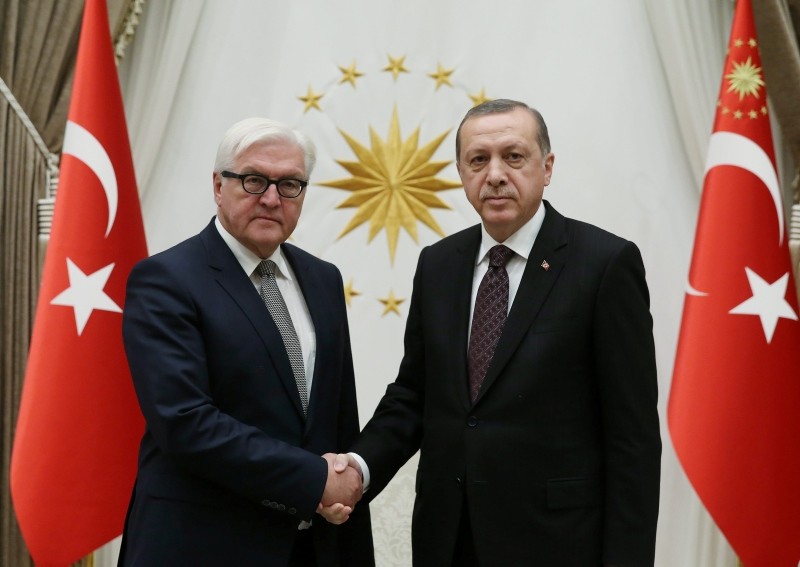 President Recep Tayyip Erdoğan will pay a state visit to Germany on Sept. 28-29, a spokeswoman for German President Frank-Walter Steinmeier said on Tuesday.

Erdoğan will be received by Steinmeier with military honors before taking part in a banquet on the evening of September 28, the presidency said without giving further details.

The spokeswoman did not say if Erdoğan would also hold talks with Chancellor Angela Merkel.

The visit will be Erdoğan's first official visit to Germany since 2014 and his first since taking over the Turkish presidency.

Plans for the visit reflect efforts to rebuild recently strained relations between Germany and Turkey.

Last year there was controversy over political rallies in Germany ahead of a Turkish referendum on a change to the constitution. German authorities had banned the ruling Justice and Development Party (AK Party) from organizing campaign events on security grounds, but tolerated those of opposition parties. The Turkish government responded by accusing Germany of using "Nazi methods."

German politicians have been outspoken critics of Turkey's security crackdown since the coup, which saw of thousands of Turkish nationals jailed over links with the Gülenist Terror Group (FETÖ), including around a dozen German nationals, in the probe targeting various terror groups.