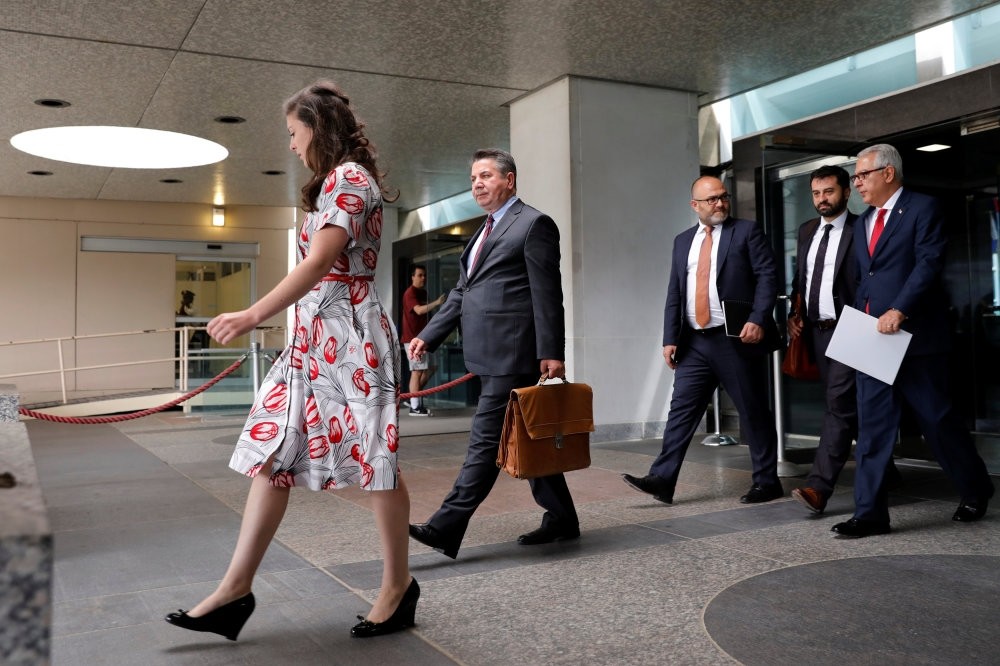 The U.S. demand of the unconditional release of pastor Andrew Brunson is an intervention to state of law in Turkey and it hinders further talks for recovery, experts said, as a Turkish delegation returned to Ankara after reportedly fruitless talks

The official Turkish delegation that traveled to the U.S. for talks on mending bilateral ties returned home yesterday after refusing to accept the undiplomatic preconditions set by the U.S., including the extrajudicial release of a suspect. The American side reportedly demanded the immediate release of pastor Andrew Brunson before any progress could be made, a move seen by experts as blatant contempt for the Turkish judiciary and the rule of law. The nine-person delegation, led by Deputy Foreign Minister Sedat Önal, arrived in Washington on Tuesday and met U.S. Deputy Secretary of State John J. Sullivan and accompanying officials. There was also a meeting between the Treasury officials of the two countries. No official statement was released by the Turkish side afterwards, while the U.S. State Department said that Önal and Sullivan "discussed a range of bilateral matters including Pastor Brunson."

A Wall Street Journal report claimed that the U.S. demand for the release of Brunson scuttled the talks. İlnur Çevik, chief adviser to President Recep Tayyip Erdoğan and Daily Sabah columnist, said that the U.S. side's insistence for the release of Brunson was very disrespectful both toward Turkey and its judiciary. "Turkey is an independent state, not an authoritarian regime, which you may tell what to do. In diplomacy, you have to be flexible and ready for all options," Çevik said.

Talha Köse, an academic from Ibn Haldun University's department of Political Science and International Relations, told Daily Sabah on U.S. demands about Brunson that it is was not possible to release a suspect upon the request of another administration in a meeting.

"Hence, I do not think the real purpose of these meetings is to solve the problems between two countries. It is more like crisis management to start putting things in order," Köse said.

Ankara and Washington have faced a period of crises since the Barack Obama administration, including the disagreement over U.S. support for the PKK terrorist group's Syrian affiliate, the People's Protection Units (YPG), Washington's lack of support for Ankara's sensitivities toward the Gülenist Terror Group (FETÖ) and Turkey's demand for the extradition of the U.S.-based FETÖ leader, Fetullah Gülen, who has lived in the country since 1999.

Relations between the two countries hit rock bottom when Washington decided to impose sanctions on Interior Minister Süleyman Soylu and Justice Minister Abdulhamit Gül over Turkey's detention of Brunson. The American pastor, who was previously jailed for his links to FETÖ and the PKK, was released from prison and moved to house arrest on July 25, following an appeal by his lawyer. Brunson's lawyer objected to the extended detention of the 50-year-old in an earlier hearing, citing health issues.

Köse stressed that there are some cliques in the U.S. administration who don't want ties between two NATO allies to recover.

"However, the Turkish delegation's visit is a positive sign for possible recovery. I think these meetings will yield good results for both countries to overcome these problems," he added.

Ankara called on its counterparts in the U.S. to come to their senses as they deemed the sanctions decision illogical and have been trying to solve the matter through diplomatic channels. Following the U.S. sanctions, Turkey announced, in retaliation, that it would also freeze the assets of U.S. Attorney General Jeff Sessions and U.S. Secretary of the Interior Ryan Zinke.