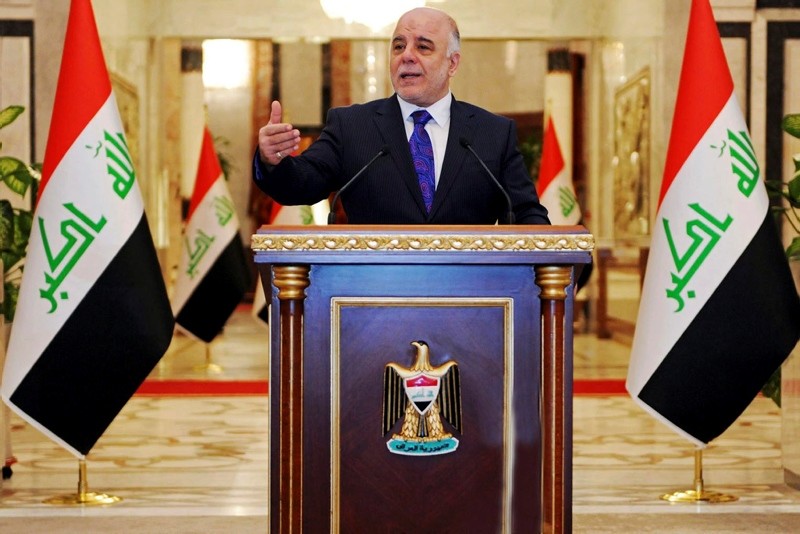 Iraqi premier-designate Haider al-Abadi speaks at his first press conference since accepting the nomination to be Iraqu00eds next prime minister, in Baghdad, Iraq, Monday, Aug. 25, 2014. (AP Photo)
by Daily Sabah with AFP Aug 11, 2018 12:00 am

Al-Abadi will be coming to capital Ankara to discuss bilateral relations, the source added.

The Iraqi prime minister will then head to Iranian capital Tehran on Wednesday to hold a series of meetings, French media reported.

The official said that economic issues in addition to political developments in the region would be primarily discussed during the meetings in Turkey and Iran.

Iraq is the second-largest importer of Iranian non-hydrocarbon products, buying some $6 billion (5 billion euros) worth of goods from its eastern neighbor in 2017.

It also buys in Iranian-generated electricity in efforts to deal with chronic power cuts that have been a key factor sparking mass protests in recent weeks.

Abadi on Tuesday said Iraq would reluctantly comply with sanctions against Tehran which took effect the same day.

It came after the administration of U.S. President Donald Trump's , unilateral withdrawal from a landmark 2015 nuclear deal between Iran and world powers.

"We don't support the sanctions because they are a strategic error, but we will comply with them," Abadi said.