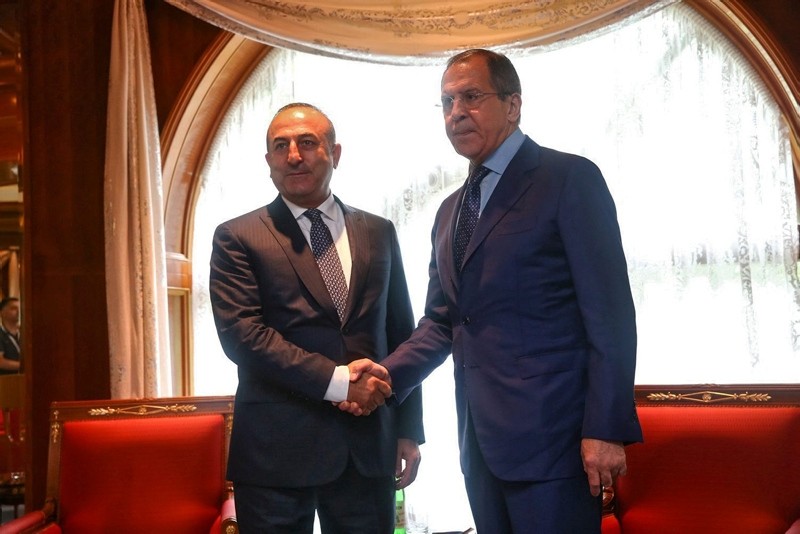 Russian Foreign Minister Sergei Lavrov will visit Ankara on Monday and Tuesday to discuss the planned four-way Syria summit with the leaders of Turkey, Russia, France and Germany attending, the country's foreign ministry said in a statement.

Lavrov comes to Turkey on August 13 and 14 to attend the 10th Ambassadors' Conference, which will be held between August 12 and 17 in both the capital Ankara and central Turkey's Konya.

He is scheduled to meet his Turkish counterpart Mevlüt Çavuşoğlu to discuss a series of issues including bilateral relations, the ongoing Syrian crisis, the Astana process and Turkey's planned purchase of the S-400 air defense system from Russia.

On Sept. 7, President Recep Tayyip Erdoğan will host a four-way summit in Istanbul. France, Germany and Russia will participate in the meeting to discuss regional developments, the Syrian crisis and the U.S.' decision to impose sanctions on Iran and its further implications.

Following this summit, on Sept. 23, Erdoğan is expected to pay a visit to New York to attend the 73rd United Nations General Assembly. In his speech, the president is expected to give significant messages regarding issues including the Syrian refugee crisis and the structure of the U.N.