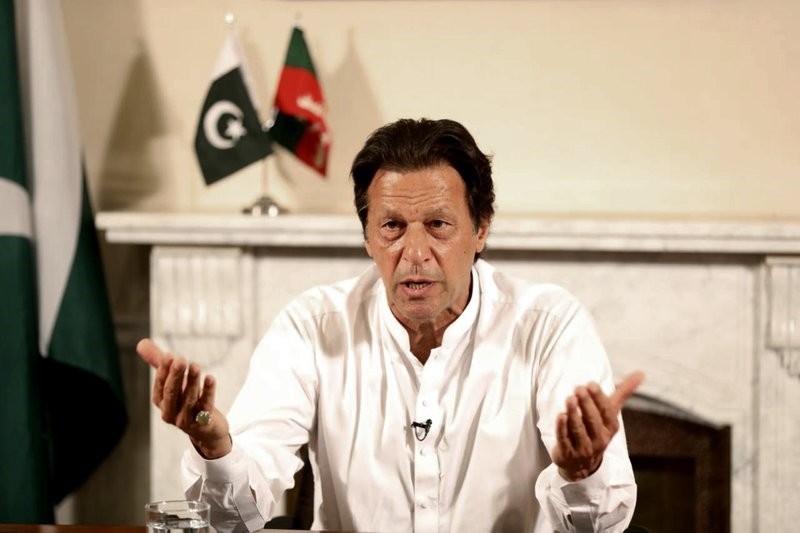 "On behalf of the people of Pakistan & myself, I want to let President Erdogan & the people of Turkey know we are praying for their success in dealing with the severe economic challenges confronting them, as they have always succeeded against adversities in their glorious history," Khan wrote on Twitter.

His remarks came several days after U.S. President Donald Trump ramped up his attack on Turkey by increasing U.S. tariffs on Turkish aluminum and steel imports to 20 percent and 50 percent, respectively.

On Monday, in a statement, Pakistan's Foreign Ministry also opposed the "unilateral sanctions imposed by the U.S. on Turkey over the detention of an American pastor under terrorism charges.

"Pakistan, in principle, is opposed to imposition of unilateral sanctions against any country. The solution to any and all issues should lie in dialogue, mutual understanding and goodwill," the statement by Pakistan's Foreign Ministry said.

It also lauded Turkey's role towards regional and international peace and stability.

"Pakistan acknowledges and greatly appreciates Turkey's invaluable role towards regional and international peace and stability. It is also a vital member and engine of the global economy", the statement further said.

Expressing its solidarity, Islamabad reiterated its strong support for the government and the people of Turkey.

"The people and the government of Pakistan reiterate their strong support for the government and the people of Turkey in their quest for peace and prosperity, and as always, will continue to stand by them towards the achievement of these shared goals," the statement added.