Abbas expresses support for Turkey in phone call with Erdoğan 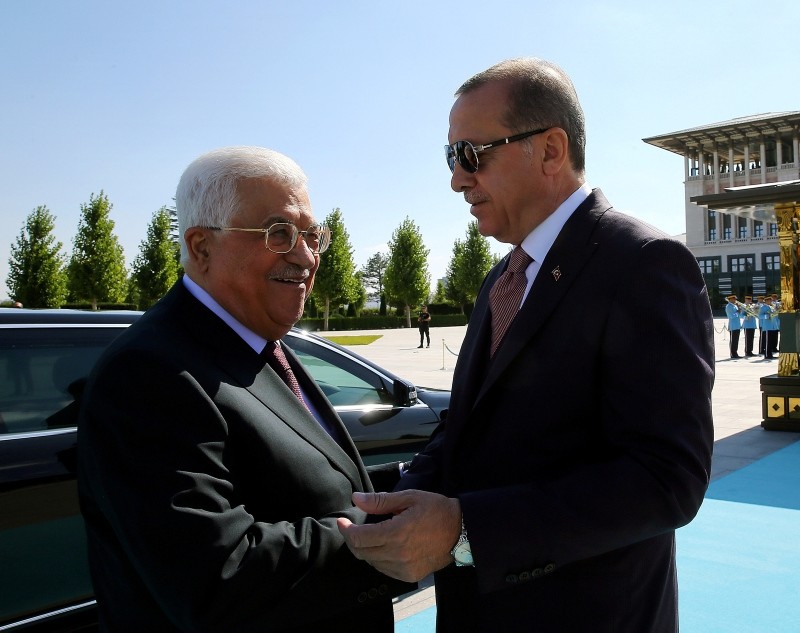 Palestinian President Mahmoud Abbas on Thursday expressed his country's support for Turkey in a phone call with his Turkish counterpart Recep Tayyip Erdoğan amid a diplomatic row between Washington and Ankara.

According to the presidential sources, Abbas told Erdoğan that the Palestinian people are in full solidarity with Turkey.

Relations between Ankara and Washington have been rocky since the Trump administration imposed sanctions on Turkey's interior and justice ministers last week after Ankara refused to release American pastor Andrew Brunson, who is under house arrest facing terrorism-related charges.

Last Friday, President Donald Trump doubled tariffs on aluminum and steel imports from Turkey. The U.S. media said the decision was related to the current state of Turkish-American relations and the Brunson case.