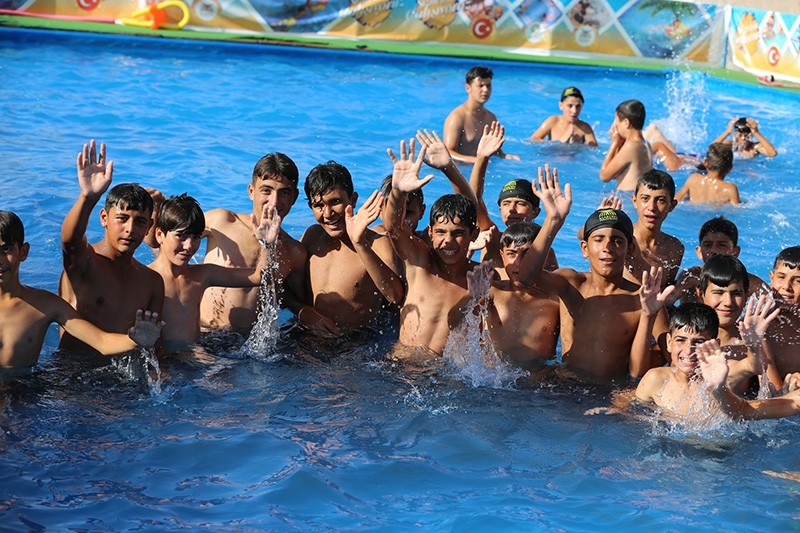 The United Nations has praised Turkey's humanitarian aid efforts on World Humanitarian Day, saying the country is "an outstanding example" for other countries.

The World Humanitarian Day is held every year on Aug. 19 to support people affected by crises around the world.

"Turkey is recognized by the world and certainly by the U.N. system as one of the countries that have shown an extraordinary hospitality to refugees, particularly from Syria, but also from other parts of the world," Jens Laerke, a spokesman for the U.N. Office for the Coordination of Humanitarian Affairs (OCHA), told Anadolu Agency.

"We are very very pleased with that and we think it is an outstanding example for other countries around the world who may not be as generous and hospitable as Turkey's," Laerke added.

He called on European countries and governments to be as "generous" as Turkey towards the refugees.

"Our message to everyone, that is really to all countries and all governments and all people in the world, is that refugees and migrants are people like ourselves. They have been put in a situation which is not their fault. They need our common humanity to get past very difficult times of their lives," he said.

Underscoring that Yemen is "on top of the list" of those in need of protection, Laerke said Yemen is considered as the "single worst humanitarian crisis" and that three-quarters of the people who live in Yemen are in need of humanitarian aid.

Laerke added 139 humanitarian workers were killed in the line of duty across 22 countries while 102 people were injured and 72 others were abducted in 2017.