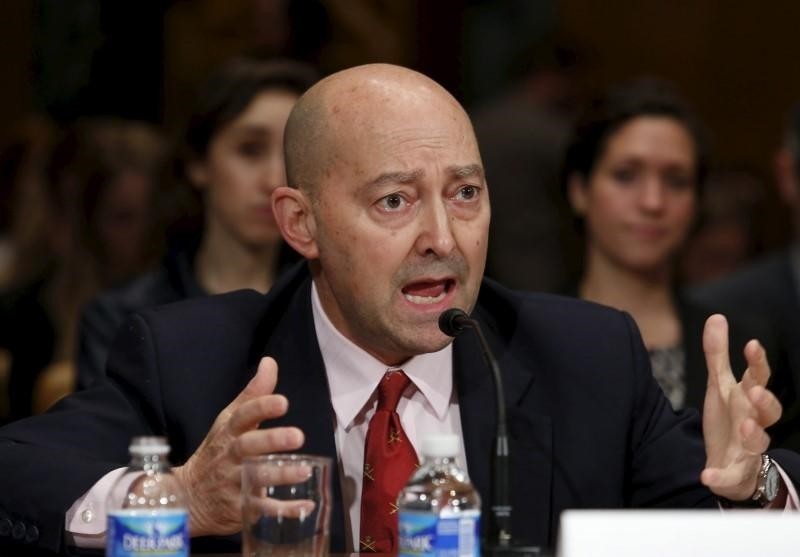 Speaking to Bloomberg last week, Stavridis underlined Turkey's current and past contributions to NATO and said that he had personally seen the capable Turkish military fighting alongside NATO troops - from Afghanistan to counter piracy missions.

"Trump is correct to go after the Turks high and hard about that, but we ought to be doing that in a way that recognizes the fundamental importance of Turkey to the alliance. I think we can get our way through this. Number one prescription is, let's get an Ambassador in Turkey. We don't have one there yet. We need to land this one diplomatically," he said.

Multiple Washington sources suggested that the current crisis could only be resolved if Trump himself decides to pursue a diplomatic negotiation process rather than imposing unilateral sanctions on Turkish officials and applying a billion dollar worth of tariffs on Turkish products.

Trump last week ruled out agreeing to any demands from Turkey to facilitate the release of American pastor Andrew Brunson, who is on trial for allegedly aiding terrorist groups.

Brunson was moved to a house arrest earlier this month, a move Trump considered insufficient to resolve the crisis and triggered an unprecedented crisis between the two countries. Various efforts to convince Trump have failed and Turkish officials repeatedly declared that they will not intervene in the justice system to release the pastor.

In response to the crisis, President Recep Tayyip Erdoğan took a step further. In an op-ed published in the New York Times, he warned that Ankara had alternatives and could start looking for new friends and allies if Washington decided to continue with its unilateral actions against Turkey. Adm. Stavridis said he was shocked on seeing public discussions on Turkey leaving NATO. On why Turkey should not leave the alliance, he said: "First of all their capability. They have the s

econd-largest army in the alliance, after the U.S. Secondly, their geopolitical position, they sit right on the border with the most troubled region, and thirdly, the symbology, we never had a nation leave NATO. Turkey would be the first and would be disastrous for the alliance."