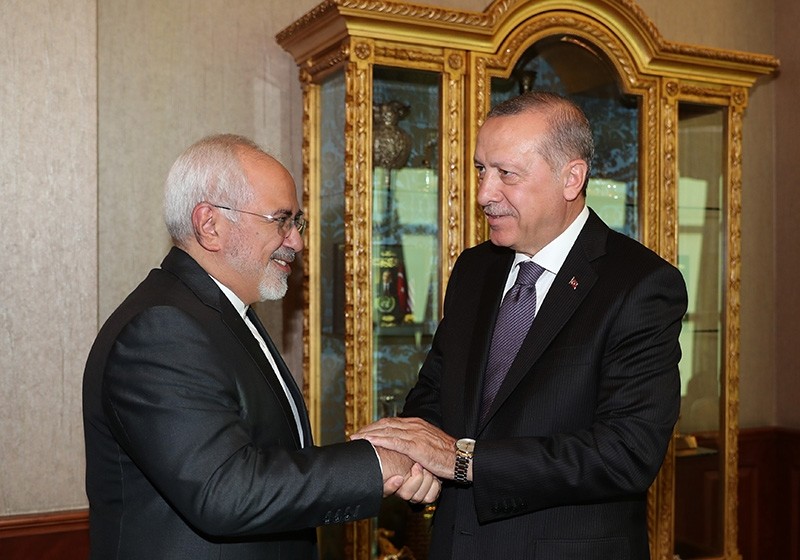 The two leaders met for nearly an hour of talks at the ruling Justice and Development Party (AK Party) headquarters.

Speaking to reporters ahead of the meeting, Çavuşoğlu said bilateral issues and Syria would be discussed in the meeting.

Later, he said in a tweet: "We discussed topics on our bilateral and regional agenda, including developments in #Syria with Foreign Minister Javad Zarif of #Iran."

Turkey and Iran, along with Russia, are guarantor countries of a cease-fire in Syria in the Astana peace process.

The meeting comes as the Assad regime prepares an assault against Syrian opposition forces in northwestern Idlib province, which has been designated as a de-escalation zone by the three guarantor countries.