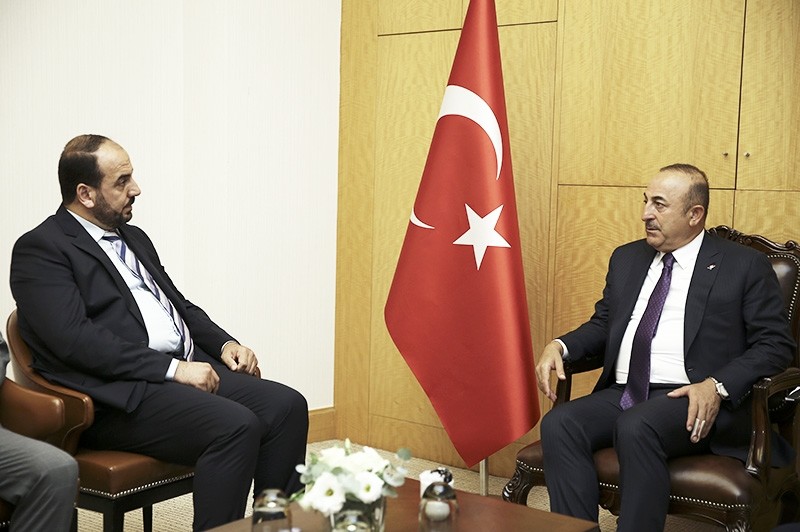 "At our meeting with Nasr Al-Hariri, president of Syrian Negotiations Commission, we exchanged views on recent developments in Syria, including Idlib and also the period ahead concerning the political process," Çavuşoğlu said in a tweet.

In May, Idlib was designated a "de-escalation zone" -- in which acts of aggression are expressly forbidden -- as part of the ongoing Astana process.

Nevertheless, for the past two months, Idlib has remained the target of fierce air bombardments by Russia and Assad regime forces, who are planning a full-scale military operation.

Turkey has repeatedly warned that an operation on Idlib, which is severely overcrowded with internally displaced people, could result in a humanitarian disaster.

"It is important for all of us to neutralize these radical groups," Çavuşoğlu said earlier Friday. "But we have to distinguish the civilians from the terrorist groups."

President Recep Tayyip Erdoğan is due to meet Russian President Vladimir Putin and Iranian President Hassan Rouhani to discuss Syria at a three-way summit in Iran on Sept. 7.