New US special representative for Syria to visit Israel, Jordan, Turkey this weekend 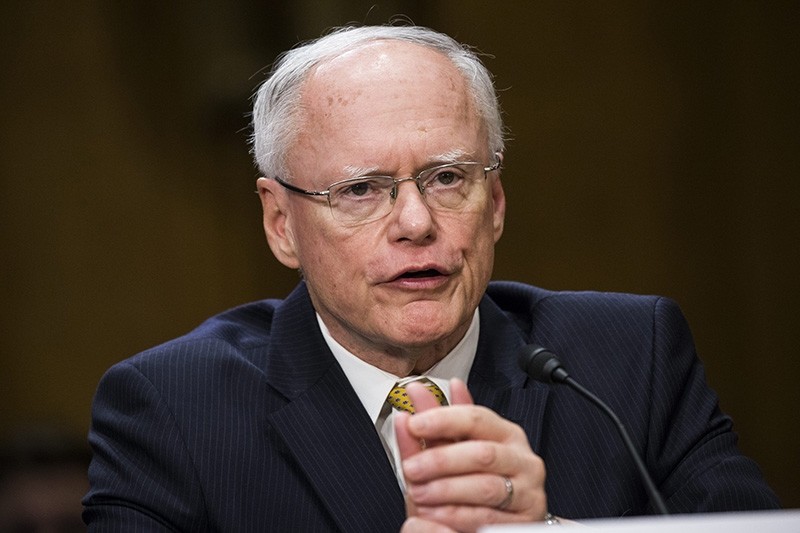 The new U.S. Special Representative for Syria James Jeffrey will travel to Israel, Jordan and Turkey on Sept. 1-4, the State Department said Friday.

The State Department said that, during the visit, Jeffrey would underscore that the U.S. "will respond to any chemical weapons attack perpetrated by the Syrian regime."

There has been talk of the Assad regime planning to use chemical weapons in a military operation against Idlib, a province of about 3 million people near Syria's border with Turkey. The regime and its allies, namely Russia, have denied these accusations. Moscow claims opposition groups are preparing a chemical attack in the region to blame on the regime and trigger retaliation targeting Assad's forces from Western powers.

Turkey has accelerated its efforts to find a peaceful solution to the Idlib situation, warning that a military operation could result in a humanitarian disaster. Turkish officials are in talks daily with Russia, Iran and other involved parties to work toward a solution.

President Recep Tayyip Erdoğan is due to meet Russian President Vladimir Putin and Iranian President Hassan Rouhani to discuss Syria at a three-way summit in Iran on Sept. 7.

Jeffrey, the former United States ambassador to Turkey, was appointed and sworn in as Washington's Special Representative for Syria Engagement last week.

Jeffrey served as the U.S. ambassador in Ankara from 2008 to 2010 and most currently a fellow with the Washington Institute. He has often criticized the U.S. arms support to the PKK's Syrian affiliate, the People's Protection Units (YPG), particularly regarding Ankara's concerns over the YPG.