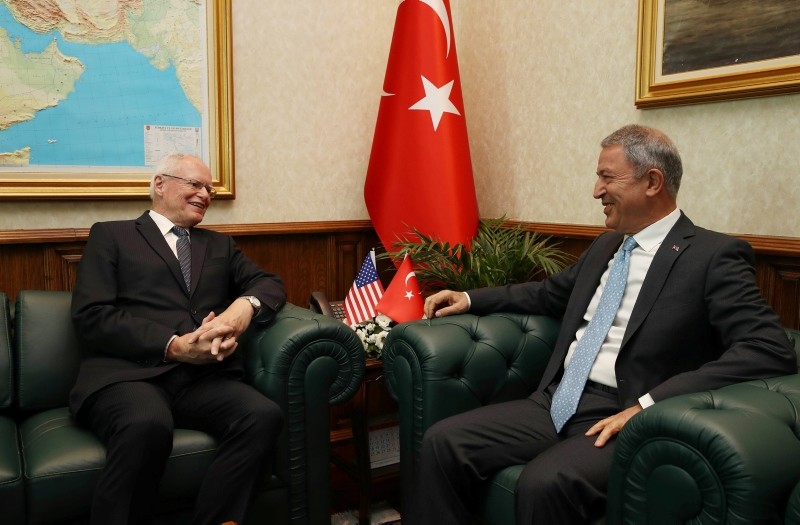 The two were expected to discuss the looming military operation in northwestern Idlib and Syria's political process.

Jeffrey is on a regional tour of Israel, Jordan and Turkey.

The former United States ambassador to Turkey, Jeffrey was appointed and sworn in as Washington's Special Representative for Syria Engagement last week.

"It is important that he come to Turkey and discuss these issues with us. Of course, not only the Idlib issue, all our thoughts about Syria – Syria's political solutions in terms of border and territorial integrity, humanitarian aid, the weapons and support given by the U.S. to the PKK/YPG – all of these we will be sure to bring to the agenda," Çavuşoğlu said.

Jeffrey was the U.S. ambassador in Ankara from 2008 to 2010 and most currently a fellow with the Washington Institute. He has often criticized the U.S. arms support to the YPG, particularly regarding Ankara's concerns over the terrorist group.