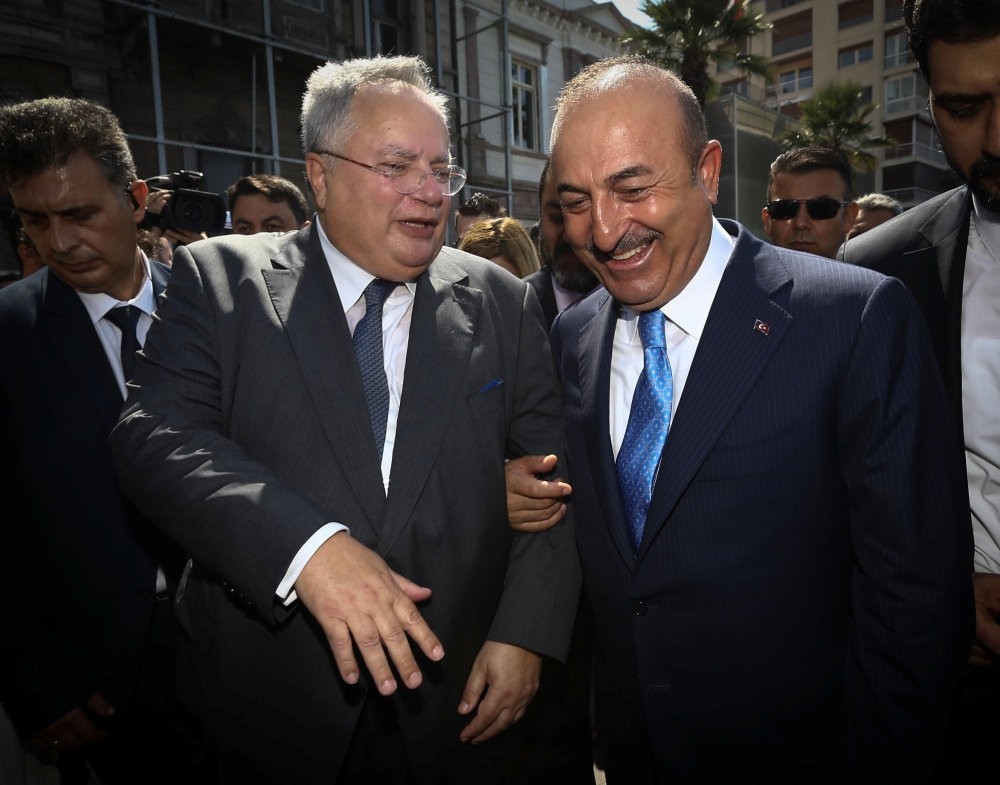 Foreign Minister Mevlüt Çavuşoğlu criticized yesterday Greece's stance regarding Gülenist Terror Group (FETÖ) members that fled to the neighboring country following the failed coup attempt of 2016 but have yet to be extradited to Turkey and stressed that Ankara would not tolerate traitors targeting Greece if the situation were the opposite.

Greece's Foreign Minister Nikos Kotzias paid a visit to the western province of İzmir yesterday for the inauguration of the renovated building of the consulate general of the country. On this occasion, Çavuşoğlu and his Greek counterpart held talks concerning the bilateral ties.

Speaking at the press conference, Çavuşoğlu underlined that it is no secret that the two countries have differences of opinion. "Yet," he added, "We see dialogue and cooperation as a way of resolution."

"Turkey would not shelter any coup plotters [fleeing] from Greece," he further said, referring to the country refusing to hand over FETÖ suspects accused of taking part in the July 15 coup attempt. Following the coup attempt in 2016, Turkey increased its efforts to clear state institutions of FETÖ members.

During this sweep of the state, the number of suspected members of FETÖ trying to flee to Greece increased, with more Gülenists encouraged by the lax treatment of putschists seeking to cross into the country. Last week, two former employees of Turkey's National Intelligence Directorate (MİT), who were fired for their links to FETÖ and wanted by Turkish authorities, were caught by border guards in Edirne, a province bordering Greece, while trying to sneak into the neighboring country.

Ankara has sent formal requests to Greece for the extradition of FETÖ members who were behind the coup attempt, so they can face trial in Turkey.

Despite the Greek government's preference to extradite the eight suspects, the country's judiciary has repeatedly denied Ankara's requests. Turkey earlier condemned rulings of not extraditing coup suspects as "politically motivated."