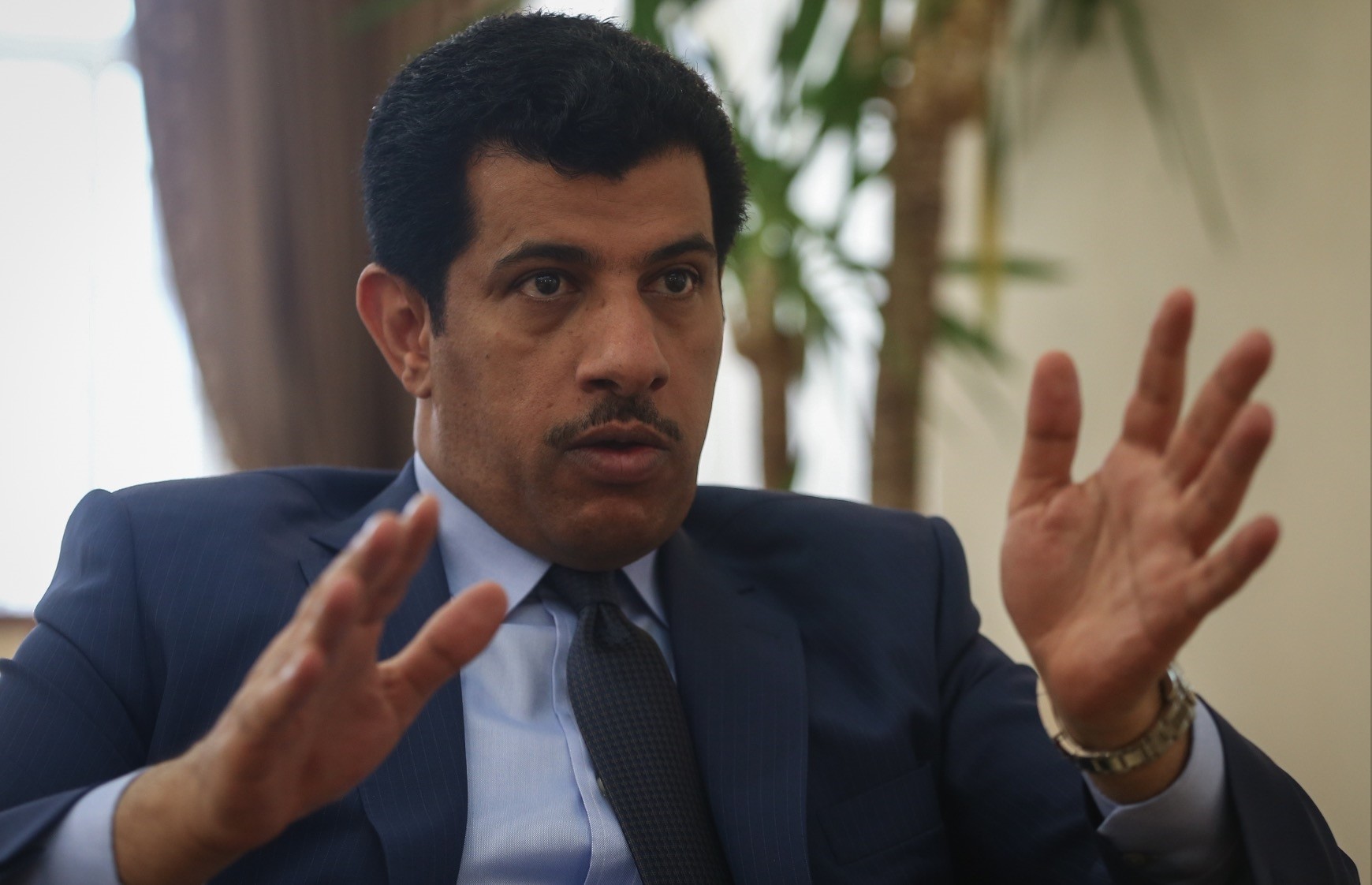 Commenting on the challenges Turkey and Qatar have faced in recent years, Salem Bin Mubarak Al-Shafi said that both stood defiantly in the face of these difficulties.
by Özgenur Sevinç Sep 14, 2018 12:00 am

Relations between Turkey and Qatar are based on mutual respect and brotherhood, the Qatari envoy said, emphasizing that both states have a shared vision on regional issues

Qatar's Ambassador to Turkey, Salem Bin Mubarak Al-Shafi, stated that Doha and Ankara, who are strong partners, will continue cooperation in all fields and stressed that their similar views regarding regional issues enhance the pace of political ties. "The bilateral ties between Qatar and Turkey are strategic and based on mutual respect and brotherhood, no doubt the interests of both states are taken in consideration," Al-Shafi told Daily Sabah in an exclusive interview. The Qatari envoy added: "Both states have a harmonized vision toward regional issues which helps in boosting the pace of their political relations. Therefore, Qatar and Turkey established the Supreme Strategic Committee to look after and enhance their relations further."

The friendly ties and cooperation between Ankara and Doha have become more apparent with challenges the two countries have faced in recent years, such as the failed July 15, 2016 coup attempt in Turkey.

Commenting on these challenges Al-Shafi said: "Both states encountered three serious challenges in the past few years, yet, both stood defiant in the face of these difficulties. First one was Turkey's failed coup in July 2016. The second one was the fabricated Qatar-Gulf crisis, and the bigoted, inequitable and unjust embargo imposed by whom we always perceived as our own brothers; the third challenge is the recent American sanctions imposed on Turkey."

The Gulf row in the region last year was an incident during which cooperation between Turkey and Qatar was visible.

In June 2017, four Gulf countries led by Saudi Arabia abruptly severed diplomatic relations with Qatar and imposed a blockade on the tiny Gulf country, accusing it of supporting terrorism.

The Qatari government has denied the accusation, blasting the blockade as unjustified and a violation of international law. Amid the rift, Turkey has provided increased support to Qatar, boosting food and other exports to meet any shortages.

Furthermore, Turkey's ties with its NATO ally the U.S. have been greatly strained since the latter imposed economic sanctions prompted by political reasons. Following the tensions, Qatar expressed support and pledged $15 billion in investments for Turkey.

Al-Shafi underlined, "Nevertheless, since our relations are durable and established on strong bases, we managed to find new economic partnerships and we both were able to overcome odds and challenges. We continued working on our common goals/agendas successfully; the cooperation between both states shall continue in all aspects/fields."

In relation to the issue, the Qatari ambassador said, "The Turkish economy is established on durable bases, Qatar always invests in different and variable sectors in Turkey, and since Qatari-Turkish relations have evolved remarkably in all fields - in particular, the commercial, economic and investment sectors - this agreement will further boost the commercial exchange between both states and will facilitate the flow of the commodities, services and investments."

Touching on the Qatari initiative in pledging $15 billion of direct investments in Turkey, the ambassador said, "It is further evidence that Qatar is an honest ally that sticks with its friends through thick and thin, the purpose of this initiative is to boost economic growth in Turkey, potential investments will be considered thoroughly as well as areas of investment." He added that there will be diverse investments in different sectors and the private sector will surely benefit from this agreement.

Military ties based on mutual coordination for regional security

Aside from strong political and economic ties, Turkey has also been developing military ties with Qatar. Turkey maintains a military base in Qatar. The two countries inked a military cooperation deal in October 2014, allowing for joint training exercises, cooperation on defense manufacturing and the deployment of Turkish forces on Qatari territory.

The first batch of Turkish troops arrived in the capital Doha on Oct. 4, 2015, and the Turkish flag was hoisted at the military base four days later.

Stressing that there were a lot of agreements and memorandums signed to reinforce the military and defense cooperation between the two states, Al-Shafi said, "Qatari-Turkish military relations and the presence of a Turkish military base in Doha are both coordinated according to mutually signed agreements between the two states, all these agreements aim to bolster security and stability in the region, fight terrorism and encounter growing challenges."