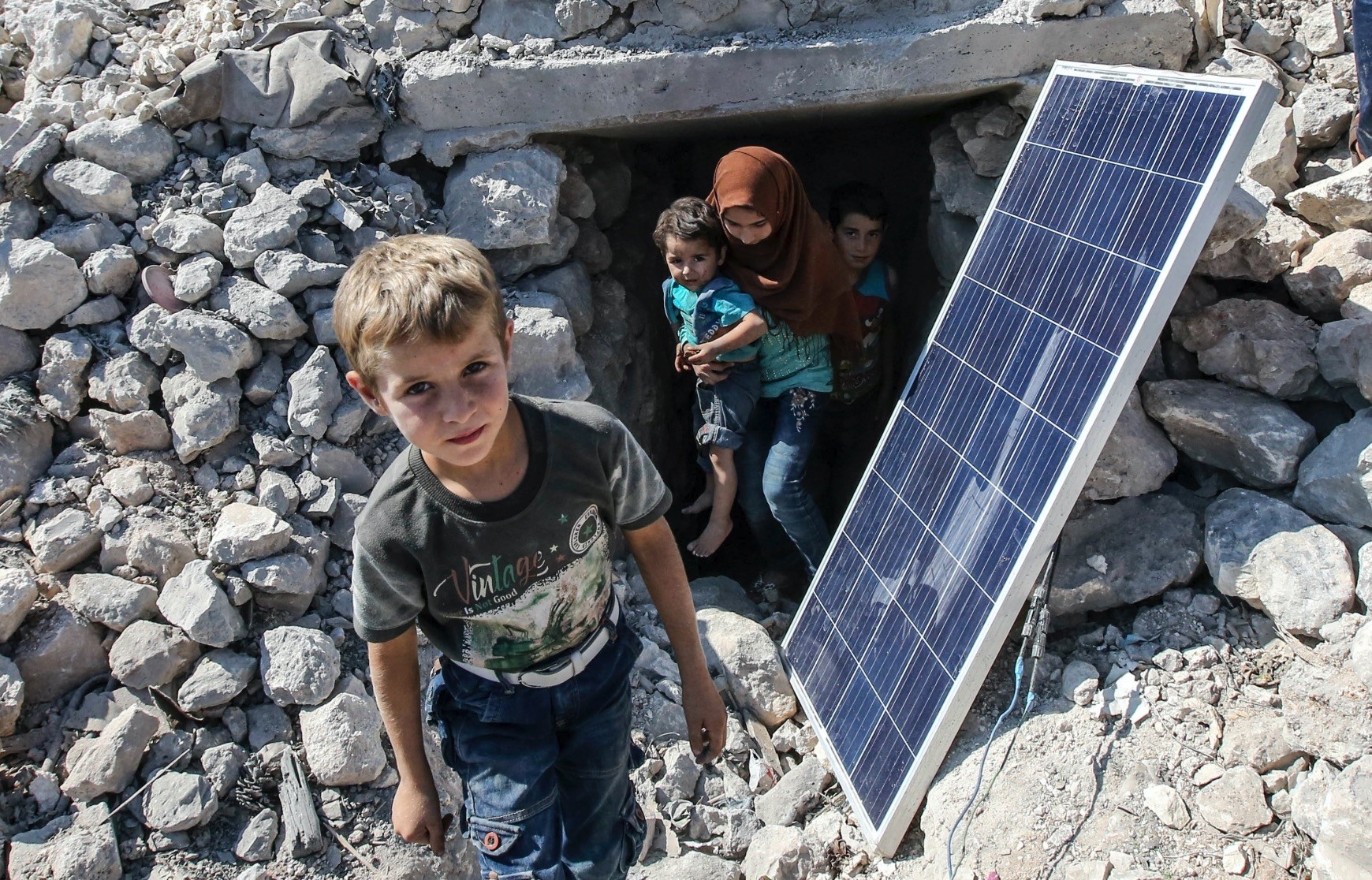 High-level officials from Turkey, France, Germany and Russia are set to arrive in Istanbul today to hold a meeting ahead of a possible quartet summit and discuss a range of regional issues, particularly the Syrian crisis.

Stressing the unique structure of the quartet meeting, experts said following the meeting the political process for a resolution of the crisis might be accelerated.

Oğuz Çelikkol, a former ambassador, told Daily Sabah that, "Within the framework of this meeting, Turkey, Germany, France and Russia will convene for the first time to bring a new perspective or launch a new process for Syria."

Underlining that today's preparation meeting for the quartet summit is significant, Çelikkol stated that, "We can expect some decisions that will accelerate the political process for Syria's future."

President Recep Tayyip Erdoğan previously announced on Sept. 9 that the representatives would meet and that a leaders' summit might be held soon. Presidential Spokesperson İbrahim Kalın is expected to represent Turkey in the meeting. Kremlin foreign policy aide Yuri Ushakov will be representing Russia, while Foreign Policy Adviser Philippe Etienne will be attending the meeting for France.

The current situation in Syria's Idlib will likely top the agenda of the summit. Ankara has been reiterating that a full-scale operation targeting Idlib would result in great human suffering. With Russian and regime warplanes' airstrikes continuing in Idlib, the future of the town is still shrouded in uncertainty. The humanitarian concerns of Turkey have been shared by European countries as well, since a new refugee influx would pose a fresh set of challenges in the region. Several issues, such as the U.S.' sanctions on Iran, are expected to be discussed during the meeting, as well.

"Though migration is high on the agenda of Europe, European countries are just starting to understand that without a political resolution for the Syrian crisis, it's not possible to overcome the issue of refugees," Çelikkol said, adding that this has led to a will to boost the political process.

Emre Gönen, an academic from Istanbul Bilgi University and columnist for Daily Sabah, stated that: "Europe has greater concerns regarding the refugee issue. Countries that are participating in the meeting should do their best to prevent a new refugee crisis."

Gönen underlined that the stance of Turkey and Europe is similar and added, "The two sides have been successfully cooperating in the issue of migration as mechanisms function well."

Meanwhile, the diplomatic efforts for the Syrian crisis, such as establishing a constitutional committee, have increased recently.

United Nations Special Envoy to Syria Staffan de Mistura met recently with senior officials from Turkey, Russia and Iran to establish a Syrian constitutional committee, which is expected to aid the political transition in the country in the post-war period.

Diplomats from Turkey, the United Nations, Russia and Iran will meet in Geneva in October for the Syrian constitutional committee, Russia's Special Envoy to Syria Alexander Lavrentiev said Tuesday.

"We have agreed on the balance that will be in the lists established by the regime and opposition. We will present the lists to the U.N. Special Envoy to Syria Staffan de Mistura for approval after we finish our work on them as the three guarantor countries, Turkey, Russia and Iran," Lavrentiev said regarding the constitutional committee.

The Turkish Foreign Ministry said Tuesday an agreement in principle regarding the lists that were proposed by the Syrian regime and opposition were discussed.

"Positive results could be elicited, if decisions that could contribute to the process of establishing a constitutional committee are taken in the quartet summit," Çelikkol said.

Touching on Turkey's concerns over civilians in the region, Çelikkol stated: "If the regime and Russia launch an offensive and target the whole region without separating civilians from terrorists, this would have major implications for Russia's ties with Turkey, Europe and the U.S., as well."

He underscored that, "Currently, Russia seems to be buying time and presenting a stance that indicates its willingness to be at the table for discussions."

In relation to the absence of Iran and the U.S. in the Istanbul meeting, Çelikkol said, "Iran is already taking part in the Astana process, and European countries might be unwilling to sit with Iran under the current conditions."

"It's more interesting that the U.S. is not participating in the meeting. It indicates that Syria is not a main priority for the U.S. as its interest in the country rises and falls depending on the developments on the ground," Çelikkol said.

Commenting on possible steps that might be taken for the future of Syria following the quartet summit, Gönen added that the reconstruction of Syria may be discussed. He highlighted that the country needs support for rebuilding and, as such, the contributions by Europe regarding the issue cannot be disregarded by Russia.