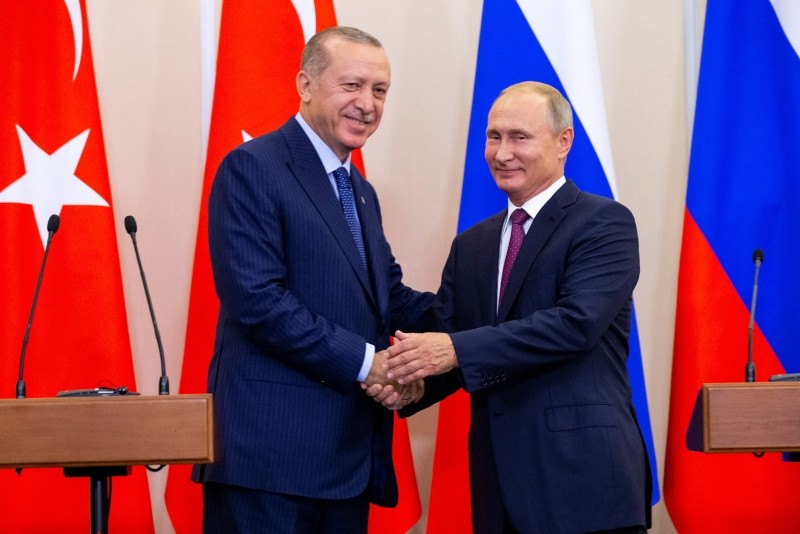 The meeting between President Recep Tayyip Erdoğan and his Russian counterpart Vladimir Putin on Syria was "very important," a U.N. official said on Monday.

U.N. Secretary-General spokesman Stephane Dujarric said the talk would have a "positive" impact on civilians in Syria's northwestern Idlib province since they are at "great risk."

Meanwhile, U.S. State Department said it welcomed any sincere effort to reduce violence in Syria and hoped de-escalation in Idlib made permanent.

Dujarric's and State Department's remarks came after Turkey and Russia on Monday agreed to turn Idlib into a demilitarized zone.

Ankara and Moscow signed a memorandum of understanding calling for the stabilization of the situation in Idlib's de-escalation zone, in which acts of aggression are prohibited.

Senior Advisor to UN Special Envoy for Syria Jan Egeland on Monday urged the Syrian government and armed opposition to respect the deal and not provoke bloodshed and allow humanitarian access.

"Hope at long last for 3 million Syrian civilians in Idleb[sic]: Russia and Turkey agree on plan that may avert horrific war among displaced people," Egeland wrote on Twitter.

Russia calls Idlib a hotbed of terrorism and says the Syrian government has the right to retake control of it. Turkey has appealed to Russia and Iran for a diplomatic resolution to the ticking bomb. At the same time, it has sent reinforcements to its troops ringing Idlib, a move designed to ward off a ground assault, at least for now.