Idlib deal a step toward peace in Syria, Erdoğan says 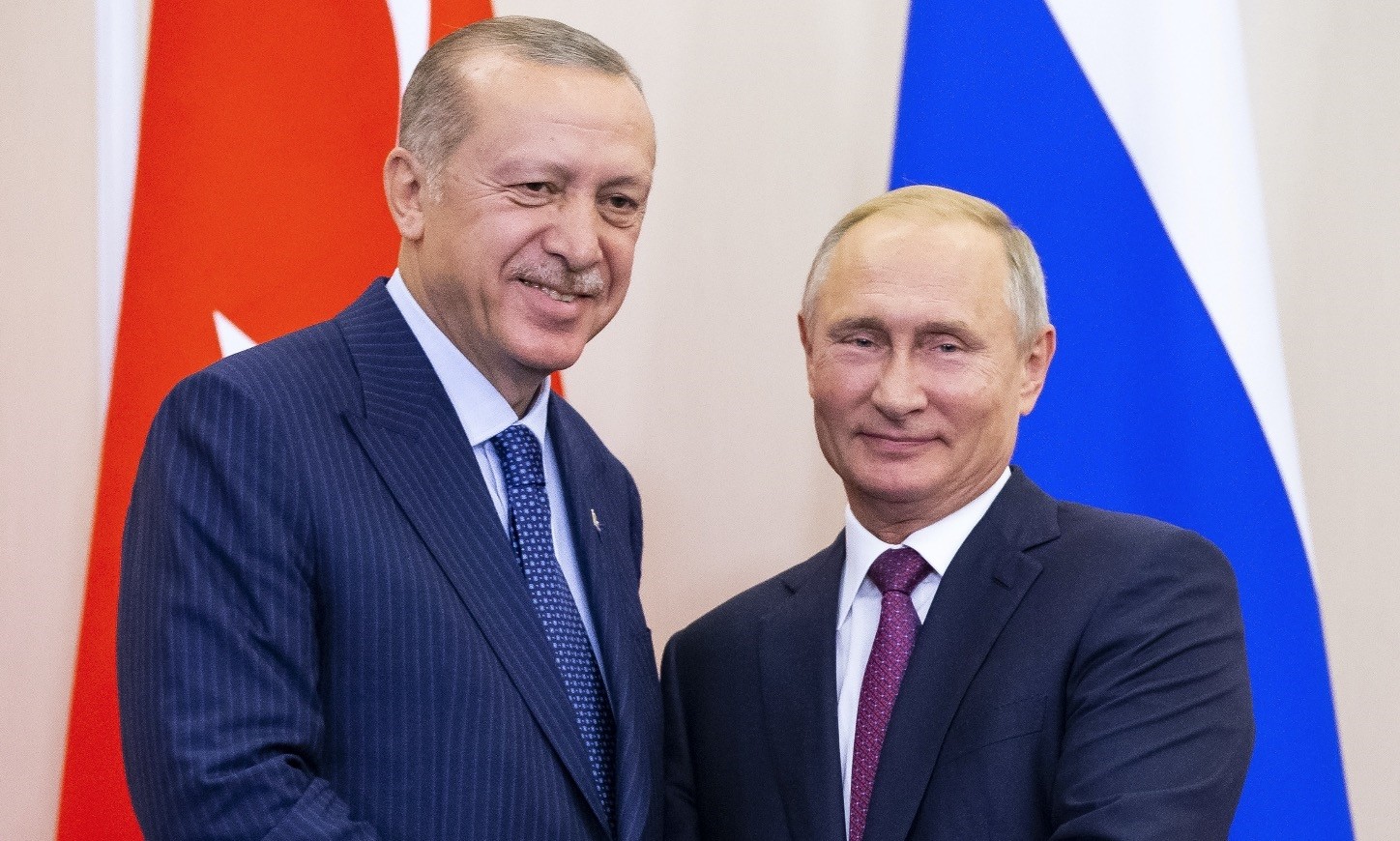 The agreement with Russia on Idlib is an important step toward peace which needs to be supported with further actions, Ankara says

Following the successful deal between Turkey and Russia on Monday, blocking a possible military operation by the Syrian regime on Idlib, President Recep Tayyip Erdoğan said yesterday that the agreement with Moscow was a step toward peace but it needs to be backed by more initiatives. Erdoğan said a deal was signed with Russia because "Turkey wanted no more blood to be spilled in Idlib. I hope further steps will be taken," the president said at a Veterans Day Ceremony at the Beştepe Presidential Complex in Ankara.

Erdoğan and his Russian counterpart Vladimir Putin agreed on Monday, following their talks in Sochi, to establish a demilitarized zone in Idlib, in order to decrease tension and prevent a new conflict in the province. The demilitarized zone is planned to be 15-to-20 kilometers deep in Idlib by Oct. 15. The 10 article memorandum signed between Ankara and Moscow during the meeting was also revealed yesterday. According to the agreement, the Idlib de-escalation area will be preserved and Turkish observation posts will be fortified and continue to function. The Russian Federation will also take all necessary measures to ensure that military operations and attacks on Idlib are avoided and the existing status quo will be maintained.

The agreement also envisages removal of "all radical terrorist groups" from the demilitarized zone by Oct. 15. Russia and the Assad regime had previously pushed the existence of Hayat Tahrir al-Sham (HTS) as justification for a possible offensive in the province.

While HTS's mobility was restricted after the establishment of the Turkish military's 12 observation posts, Turkish units have long been trying to convince HTS and other affiliated groups to dissolve and leave the region. It is expected that Turkish pressure on the groups will be increased; the groups are also creating a disturbance on the moderate opposition and civilians. 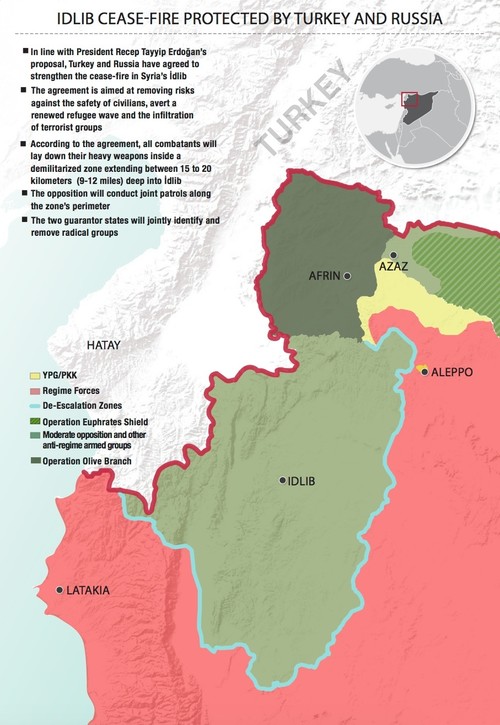 The Turkish and Russian leaders' agreement is officially a guarantee that the radical groups will not pose a threat to the peace process in Syria, political scientist and expert on the Russian military Denis Korkodinov was quoted in an Anadolu Agency (AA) report yesterday. The expert also added that the two countries showed that they can work together in line with political consensus and "proved that they can be the guarantee of the regional stability." He added that the deal was a win for both Erdoğan and Putin, as Turkey did not want a military offensive on Idlib and Russia was opposing a full-scale military operation in the province.

According to the agreement, transit traffic on the routes M4 (Aleppo-Latakia) and M5 (Aleppo-Hama), which have been closed for many years due to the civil war, will be restored by the end of 2018.

Also, in order to maintain security, Turkish and Russian armed forces will conduct joint patrols along the zone's perimeter.

Under the Astana agreement, Turkey established 12 observation points from Idlib's north to south, aiming to monitor and sustain the current cease-fire agreement for the de-escalation zones, deliver humanitarian aid and ensure the secure return of displaced people. The three leaders of the three guarantors of Astana held a trilateral summit to reach a resolution. The last one of these was held in Tehran. During the summit Erdoğan called on Russia and Iran to avoid steps that would endanger the lives of civilians. Meanwhile, Foreign Minister Mevlüt Çavuşoğlu continued phone diplomacy over the Idlib agreement as he discussed the agreement between Turkey and Russia with international counterparts. He held a phone call with his U.S. counterpart Mike Pompeo on Tuesday to inform him about the deal reached between Turkey and Russia on the military buffer zone in Syria's Idlib province as well as to discuss its impacts as part of diplomatic efforts on the matter. After Pompeo, the Turkish minister also held phone calls with the EU's High Representative for Foreign Affairs and Security Policy Frederica Mogherini, French Foreign Minister Jean-Yves Le Drian and German Foreign Minister Heiko Maas, according to diplomatic sources. Çavuşoğlu also spoke to his Iranian counterpart Javad Zarif over the phone along with his Qatari counterpart Sheikh Mohammed bin Abdulrahman bin Jassim Al Thani and Kyrgyz counterpart Erlan Abdyldaev earlier in the day.