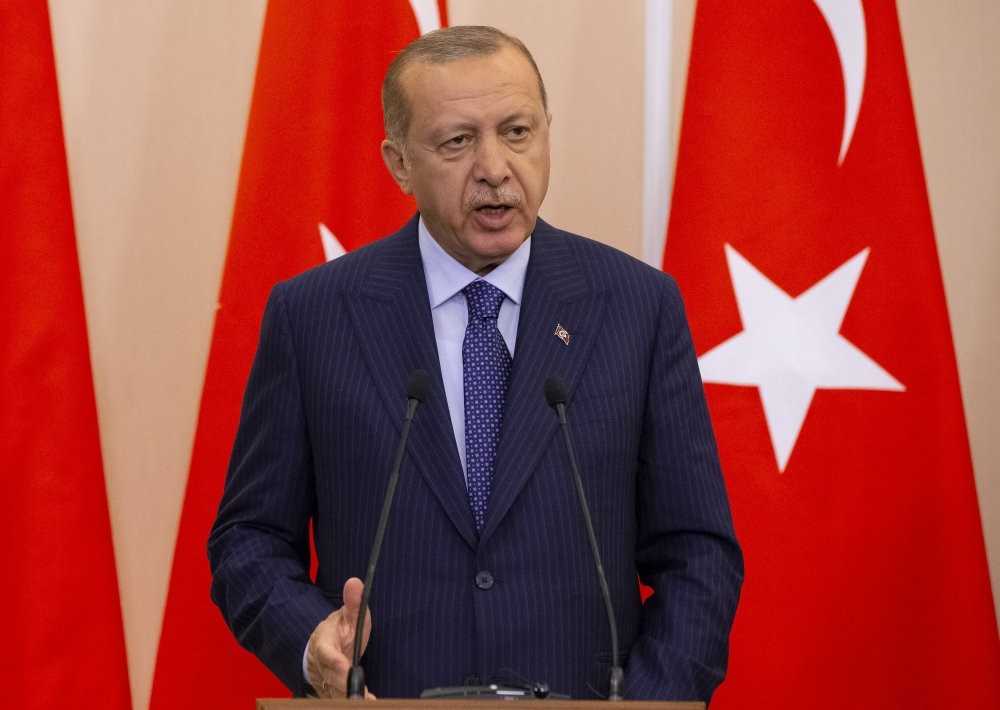 Turkey's political prowess has averted a humanitarian disaster in Idlib by reaching an agreement with Russia, a move praised by the international community and world leaders

Turkey's steps to prevent a humanitarian disaster in Syria's northwestern province of Idlib, the latest of which was an agreement with Russia that aims to preserve the cease-fire in the region, managed to allay international concerns for the security of civilians and raise hopes for accelerating the efforts for a political resolution. Following the recent deal, which was signed on Monday between Turkey and Russia, there have been a series of statements from international actors praising the move. Alistair Burt, the British minister for the Middle East, became the latest figure to thank Turkey for its significant role in the Syrian refugee crisis while also welcoming the recent demilitarization agreement between Turkey and Russia, saying that it would help prevent a humanitarian disaster.

"We are encouraged by this week's agreement between Turkey and Russia to avoid a military offensive by the Syrian regime and its allies. This agreement, if implemented in accordance with international humanitarian law, will help avoid a humanitarian catastrophe," Burt stated on Wednesday.

Burt, who was visiting the southeastern Gaziantep province, Istanbul and the capital city of Ankara, met with representatives of the Turkish Government to discuss efforts to prevent a humanitarian disaster in Idlib.

During his visit, Burt met Presidential Spokesperson İbrahim Kalin, and Governor İsmail Çatakli, who also serves as deputy minister of the interior. He thanked the Turkish government for its important role in supporting over 3.5 million Syrians displaced by the conflict, and discussed ways that the U.K. and Turkey could continue to work closely together. 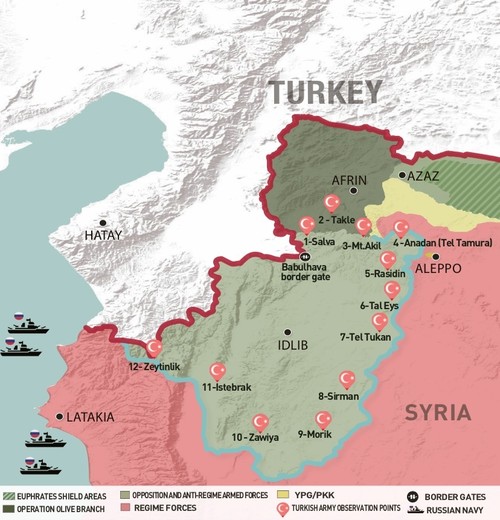 "Turkey is an important and longstanding friend of the UK, and I was pleased that I was able to offer the U.K.'s thanks to our partners in the Turkish government for their frontline role in tackling the Syrian refugee crisis," the British minister underlined.

President Recep Tayyip Erdoğan and his Russian counterpart Vladimir Putin met in Sochi in Russia, to discuss the current state of Syria's Idlib and reached an agreement to preserve the cease-fire in the de-escalation zone.

According to the agreement, civilians and opposition groups will stay where they are while radical groups and heavy arms will be cleared from the region.

The 10 article memorandum of the deal suggests that the Idlib demilitarized area will be preserved, Turkish observation posts will be fortified and continue to function. The Russian Federation will also take all the necessary measures to ensure that military operations and attacks on Idlib are being avoided and the existing status quo will be maintained. In addition to this, transit traffic on the M4 (Aleppo-Latakia) and M5 (Aleppo-Hama) routes, which have been closed for many years due to the civil war, will be restored by the end of 2018. 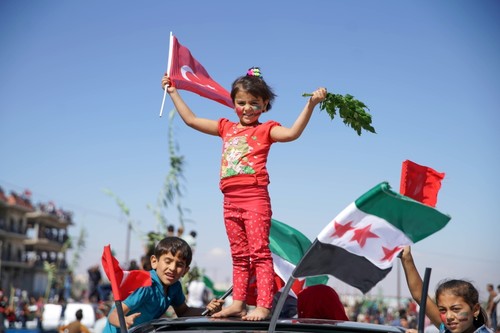 The agreement has given relief to civilians in the area who have been battening down the hatches as the Assad regime had been signaling an offensive on the city.

In relation to the agreement, German Chancellor Angel Merkel also voiced support for the developments. "The chancellor welcomed the efforts aimed at preventing a military escalation and protecting the civilian population," government spokesperson Steffen Seibert said in a statement on Wednesday. Seibert said that the chancellor discussed the recent developments in Syria with Putin over the phone and the two leaders mainly talked about the recent agreement.

U.N. Special Adviser on the Prevention of Genocide Adama Dieng became another international figure who expressed his contentment with the agreement. He said on Wednesday that he hopes all sides would adhere to the agreement.

He also stressed the need of rebuilding of war-torn Syria. "The reconstruction of Lebanon took more than 25 years and I am afraid it might take half a century to reconstruct Syria," Dieng said. Last week the U.K. announced a new aid package to provide life-saving clean water, medical care and shelter, for over a quarter of a million people in North West Syria.

The need to accelerate efforts for rebuilding Syria have been becoming more urgent. International actors have been stressing that the contribution to the reconstruction of Syria would pave the way for the return of a high number of displaced people.