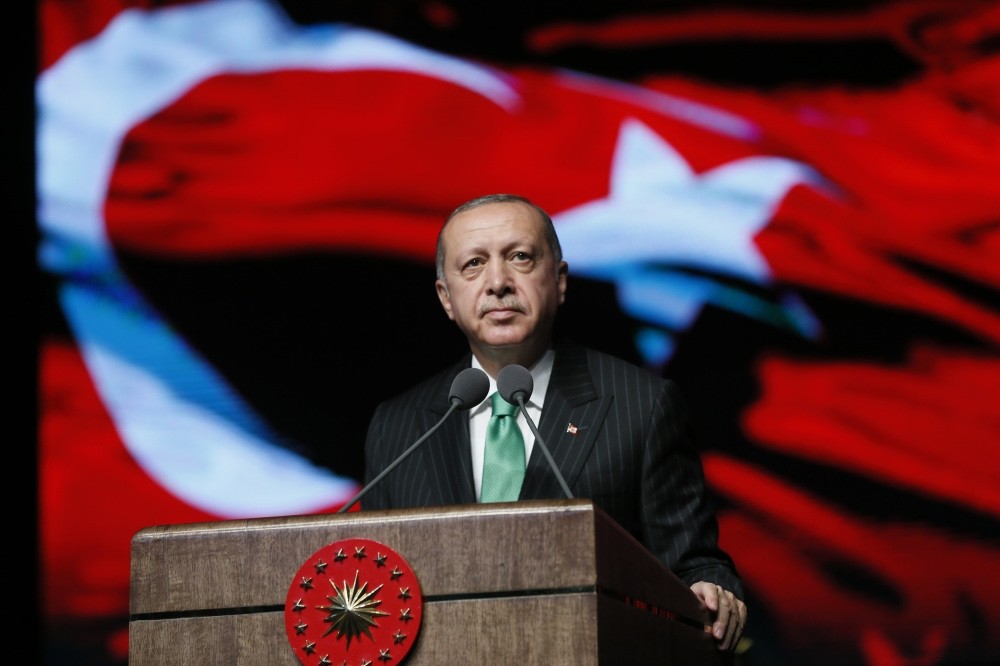 Turkey's successful diplomatic efforts, which avoided a humanitarian tragedy in Idlib, Syria, have been praised by the international community and were warmly welcomed by Idlib residents

World leaders have welcomed the Turkey-Russia deal in Idlib, which has likely saved the lives of more than 3 million civilians by preventing a possible Syrian military offensive. The deal was only made possible thanks to President Recep Tayyip Erdoğan's insistence on utilizing diplomacy rather than military force to solve the issue. Civilians in Idlib have also voiced their appreciation to Erdoğan and Turkey for the efforts exerted, which helped save their lives from Syrian regime attacks.

"We trust Turkey; we feel comfortable when Turkey is strong and active in the region. We wave the Free Syrian Army (FSA) and Turkish flags at our demonstrations," Ahmad Zarzur, a resident of Idlib, told Anadolu Agency (AA) in a recent interview. "We see this agreement as a good thing for us. We hope it will bring good results for the people of Idlib," Zarzur added. Abdussalem Hassan, the manager of a hospital in Idlib, also underlined that the agreement between Russia and Turkey has had positive reflections on the region. "We want Turkey to provide confidence to the region. We also call for the help of aid organizations," Hassan said. Turkey's efforts with Russia were also hailed by the U.N. Secretary-General Antonio Guterres on Thursday. He said the deal signed Monday in the Russian city of Sochi has potentially saved the lives of 3 million civilians, while also expressing his satisfaction over the decision of establishing a demilitarized zone in the region.

"If this deal can be implemented in the right way, 3 million civilians, including 1 million children, can be saved from a disaster," Guterres said during a press conference in U.N. headquarters in New York.

Located near the Turkish border, the province of Idlib is home to more than 3.5 million Syrians, many of whom fled from other cities following attacks by regime forces. According to the agreement between Turkey and Russia, civilians and the moderate opposition will continue to remain in the region; however, all terrorist groups will be cleared from the region, while laying down their arms at the same time.

Erdoğan had also called for a cease-fire during the trilateral summit in Tehran on Sept. 14. However, the other two parties, Iran and Russia, had not given in to Erdoğan's demand on halting the regime and Russian attacks on Idlib.

Yet, the Turkish president continued diplomatic efforts with Russia and met his Russian counterpart President Vladimir Putin for the second time in a month – this time in Sochi, Russia, to find a solution to the Idlib crisis. Ankara has long called for a political solution to the nearly 8-year-long Syrian crisis and urged the international community to help improve the humanitarian situation there. It has also asked for joint efforts against terrorism, as it is a global problem.

The possibility of a humanitarian tragedy also carried the risk of a new wave of refugee movement towards Turkey, which already hosts nearly 4 million refugees from Syria and Iraq.

Guterres also underlined the importance of finding a political solution to the Syrian crisis. He called on all parties of the crisis to establish a constitutional committee while sticking to international humanitarian aid law and showing commitment to the protection of civilians.

"If we can declare a cease-fire here, it will be one of the most important steps of the summit, and it will relieve the civilians," Erdoğan previously said during trilateral summit held in Tehran.

"The protection of civilians in the region, separating terrorist elements and protecting the current status of Idlib are crucial matters," he added.

Guterres is not the only international figure that praised the deal and Turkey's efforts in the region as Germany's Foreign Minister Heiko Maas also expressed on Friday that Turkey has taken quite positive steps in the region.

"We have seen that Turkey has played a very positive role in meetings over Syria and Idlib. As a result, Turkey and Russia have agreed on a demilitarized zone, and this is a very significant step," Maas said during a press conference in Berlin.

The 10-article memorandum of the Sochi deal suggests that the Idlib demilitarized area will be preserved, while Turkish observation posts will be fortified and continue to function. The Russian Federation will also take all the necessary measures to ensure that military operations and attacks on Idlib are being avoided and the existing status quo will be maintained. In addition to this, transit traffic on the M4 (Aleppo-Latakia) and M5 (Aleppo-Hama) routes, which have been closed for many years due to the civil war, will be restored by the end of 2018.

The Turkish and Russian militaries have agreed on the borders of the Idlib demilitarized zone, Russian Foreign Minister Sergei Lavrov said Friday.

Speaking during a visit to Sarajevo, Lavrov said terrorists should leave the region by mid-October.

The National Defense Ministry also announced on Friday that the borders of the planned demilitarized zone in northwestern Syria's Idlib were determined in a meeting that was held this week at the ministry with a Russian delegation.

In a statement, the ministry said that the border was determined by paying regard to the geographical structure and features of settlements in the region.

The statement added that the issue was discussed with the Russian delegation in meetings held between Sept. 19-21.

Russian Foreign Ministry Spokesperson Maria Zakharova also said during a press conference in St. Petersburg on Thursday that the deal will protect the lives of the civilians in the region.

Zakharova emphasized that Russia not only hopes for the agreement to clear the terrorists from the region but also to have a powerful effect on provocateurs in Syria.

The National Security Council (MGK) chaired by President Erdoğan met late Thursday and reiterated the significance of the Idlib deal in Syria. A statement by the council highlighted that Turkey and Russia's deal for ensuring a cease-fire in the contested Syrian province of Idlib is crucial.

It also called on the international community to fulfill its political and humanitarian responsibilities more quickly and effectively.

Speaking to reporters in the capital city of Ankara on Friday, Presidential Spokesperson İbrahim Kalın further said that Turkey's National Intelligence Organization (MIT), the Turkish Armed Forces (TSK) and special forces are working in coordination with Russia in the field to determine the borders of the demilitarized zone as well as to enable other articles of the deal.

Kalın also expressed that Turkey is currently working on increasing the numbers of its observation points in the region while emphasizing that Ankara's main concern in the region is to provide security to civilians.

Meanwhile, Foreign Minister Mevlüt Çavuşoğlu also said on Friday that a trilateral meeting on Syria will be held in New York with the Russian and Iranian foreign ministers.

"In the wake of the Sochi agreement, a cease-fire must be fully established and focus should be on political solutions," he added.