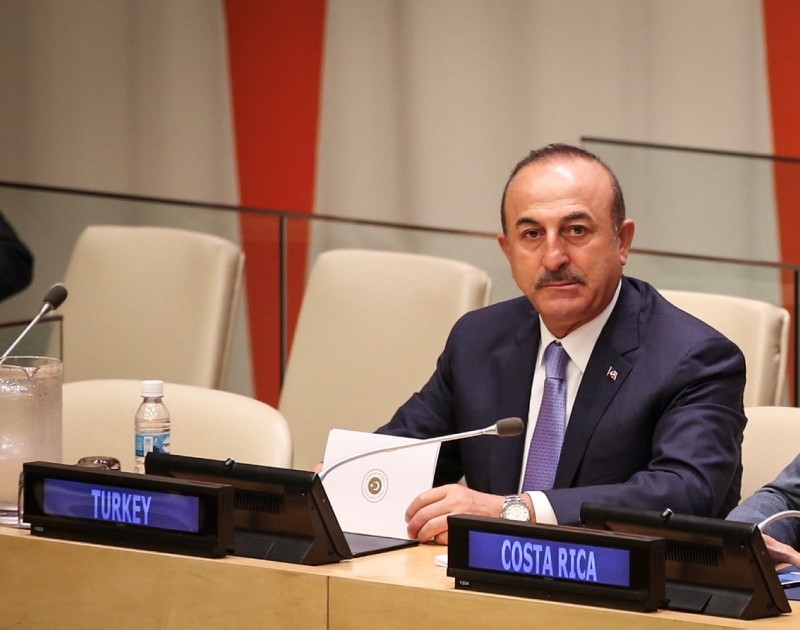 "Let me underline the terrible reality. The Mediterranean Sea, the cradle of centuries-long civilizations, is becoming a graveyard of desperate people," Çavuşoğlu said during his address to the UN General Assembly event headlined "Global Compact on Refugees: A Model for Greater Solidarity and Cooperation."

Çavuşoğlu said globally there are around 260 million migrants, more than 68 million displaced people and an excess of 25 million refugees.

"These figures are constantly rising due to reasons such as hunger, famine, civil wars, terrorism and political instabilities. In this regard, no government can have the right to ignore this problem," Turkey's top diplomat said. "Dead children lying on the coasts are a shame for the entire world and humanity."

More than 1,500 people, including many children, have died at sea in 2018 alone on journeys similar to that of Aylan and his family, according to a UN report published Sept. 3.

Çavuşoğlu said Turkey did not leave innocent people to the hands of a "brutal" Syrian regime nor to Daesh or PKK/YPG terror groups, as he highlighted Turkey's efforts to mitigate the crisis.

"We have provided shelter to everyone seeking international protection within our territories without considering ethnic, religious or sectarian differences," he said.

Part of the protection highlighted by Çavuşoğlu is the fact that Turkey has spent more than $32 billion from its own financial sources looking after refugees, adding that the funds included education, health and psychological services to individuals who need them.

"Unfortunately, the heavy burden of humanitarian consequences of the Syrian crisis has been left on Turkey's shoulders. Commitments have not been fulfilled. Our calls for more burden and responsibility sharing felt on deaf ears.

"However, we have continued to pursue a humanitarian approach," Çavuşoğlu said. "We have demonstrated such attitude in the latest Idlib crisis."

Çavuşoğlu said a trilateral summit in Tehran between Turkey, Russia and Iran, and the Sochi meeting between Turkish President Recep Tayyip Erdogan and his Russian counterpart, Vladimir Putin, prevented a major humanitarian tragedy.

"We have shown that while keeping our resolve in the fight against terrorism, we can also protect civilians and residential areas. Thanks to such efforts, we have also significantly reduced a new migratory flow to Turkey and the EU countries from Syria," he added.

Çavuşoğlu concluded his speech by saying Turkey is looking forward to the endorsement of the Global Compact on Refugees in the 73rd session of the General Assembly and its full implementation.

"We support the Compact as a reference text for further burden and responsibility sharing. We hope that the document will constitute a basis for concrete steps in this field. Turkey will closely follow-up the full implementation of the Compact, after its adoption," he said.