UN is suffering crisis of credibility and certain countries are exploiting it, Erdoğan says 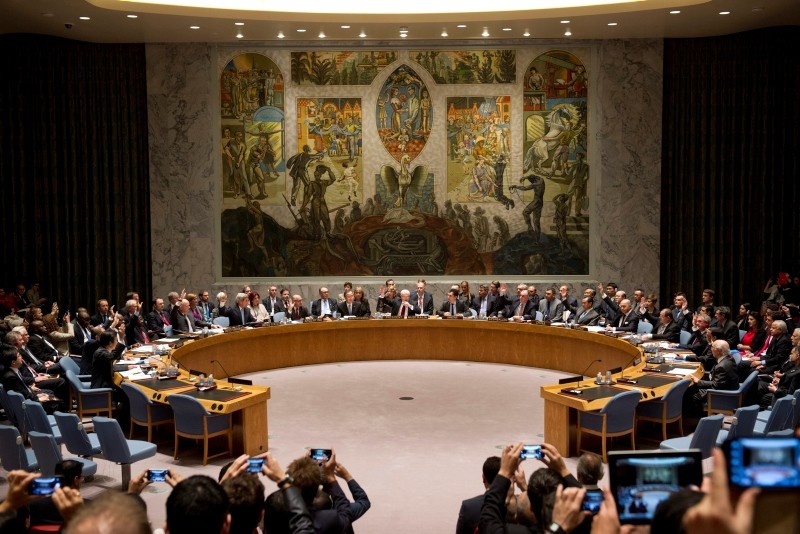 Despite the United Nations' hard work, the organization is suffering an unprecedented crisis of credibility and needs a comprehensive reform process, President Recep Tayyip Erdoğan said in an op-ed published in Foreign Policy magazine on Wednesday.

Stating that the U.N.'s problems stem from the Security Council's inability to keep its promise of promoting peace and security around the world, Erdoğan said the body failed to prevent or bring to justice the perpetrators of numerous atrocities committed throughout the world, including in Syria, Yemen, Palestine and Bosnia.

"While some regimes used conventional weapons against innocent civilians, others have gone as far as to use chemical weapons or other weapons of mass destruction. Some have even gone as far as committing genocide. All these heinous crimes happened under the U.N.'s watch and those responsible have not suffered the consequences," Erdoğan argued.

"The U.N. has also failed the millions of children who suffer from extreme poverty and malnutrition," Erdoğan wrote.

Erdoğan said while countries such as Turkey and Germany argued for a reform to address the body's shortcomings, a number of other countries have used the organization's problems for their own good and selfish interests.

Erdoğan also called President Donald Trump's decision to withdraw the U.S. from several U.N. bodies, including the Human Rights Council, a move to "exploit the organization's lack of credibility."

"At a time when global leadership is desperately needed, it is crucial to improve the United Nations rather than destroy it," Erdoğan said.

Pointing out that only the U.S. and a few other countries benefited from the current system, Erdoğan said the rest of the world had to shoulder the burden, and called for collective leadership instead of a monopoly.

Saying that Turkey is one of the countries advocating for a thorough reform, the Turkish president underlined that the country has done more than enough over the past two decades.

Reminding all of that "the world is bigger than five," the famous motto Erdoğan has used to criticize the five permanent members of the U.N. Security Council, the president reiterated his call to abandon permanent membership.

"I continue to urge the community of nations to abolish the practice of permanent membership in the U.N. Security Council, increase the number of its members to 20, and adopt new rules under which all nations will take turns sitting on the committee," he wrote.

By becoming a part of the solution and hosting 4 million refugees, Turkey has emerged as "a global leader" without being a military or economic superpower, Erdoğan said, while stressing the need for the international community to take matters into its own hands instead of relying on unwilling global powers.