Turkey, other donors give $118 million more to Palestinian refugee agency 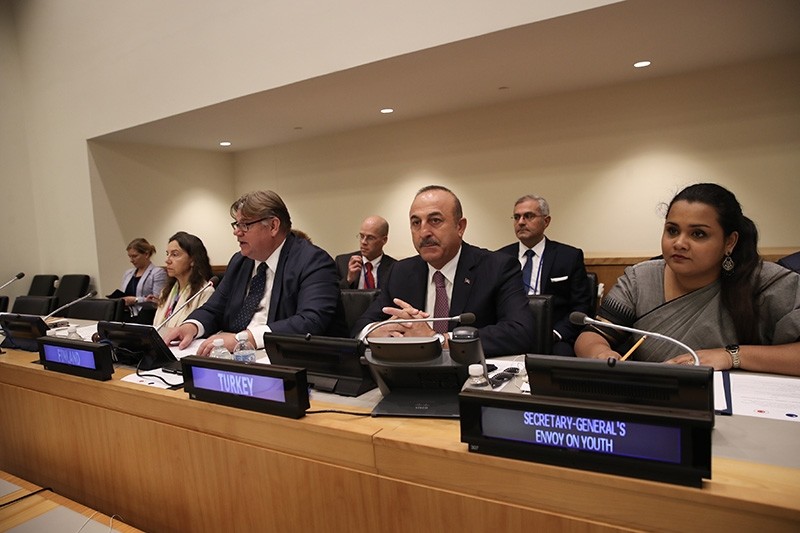 Turkey, Germany, Sweden, the European Union and Japan were among the countries that came forward with extra funds for UNRWA during a meeting held on the sidelines of the U.N. General Assembly, Ayman Safadi told a news conference.

The new pledges reduce the shortfall facing the United Nations Relief and Works Agency for Palestine Refugees in the Near East (UNRWA) from $186 million to $68 million, the agency's head Pierre Krahenbuhl told reporters in New York on Thursday.

Foreign Minister Mevlüt Çavuşoğlu said Turkey and the other countries have stepped in to help Palestine as the U.S. withdraws funding.

Palestinian President Mahmoud Abbas spoke earlier in the day before the U.N. General Assembly, urging the international community to strive for a political solution as well, not only humanitarian aid. He slammed the U.S. for its "biased" actions in favor of Israel which disqualify it from being a lone mediator.

As part of a shift in U.S. policy towards the Palestinians, Washington first drastically reduced and then decided to completely cut funding for UNRWA after providing $365 million last year.

UNRWA provides education, health care, food aid and other social services to more than 5 million Palestinian refugees in the occupied West Bank and Gaza as well as in Jordan, Syria and Lebanon.

Jordan hosts more than 2 million of the over 5 million registered refugees that UNRWA supports and is rallying donor support to ease the dire financial crisis the agency is facing.