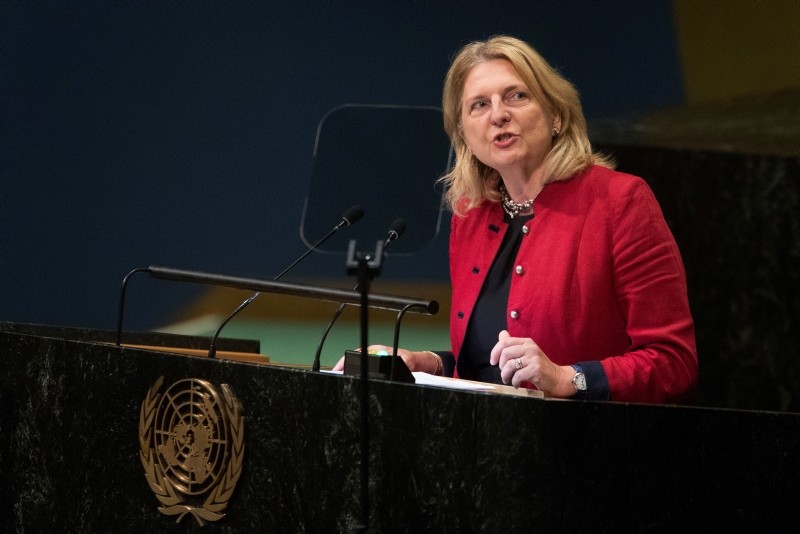 Austria's foreign minister raised a range of world issues in her U.N. General Assembly speech — in four of the world's languages.

Karin Kneissl started her remarks Saturday in Arabic, saying that humanity has a voice in the General Assembly hall and needs to use it "to express the voice of those outside this hall" who dwell amid wars and conflict.

Kneissl later switched to French, Spanish and English, thanking interpreters for their "patience and indulgence."

Along the way, she quoted a Latin phrase and a Hebrew one.

Kneissl said oil was the primary reason for most of the wars happened in Middle East.

In the various languages, she touched on issues including global warming, gender equality, the future of the 2015 Iran nuclear deal and how to move from a "military situation to a diplomatic transition" in wartorn Syria.

Kneissl was widely criticized over a wedding invitation and dance with Russian President Vladmir Putin in August.

Both Kneissl and Putin have insisted the wedding was a private event. Kneissl has told Austrian media that the two have built a "basis of trust".