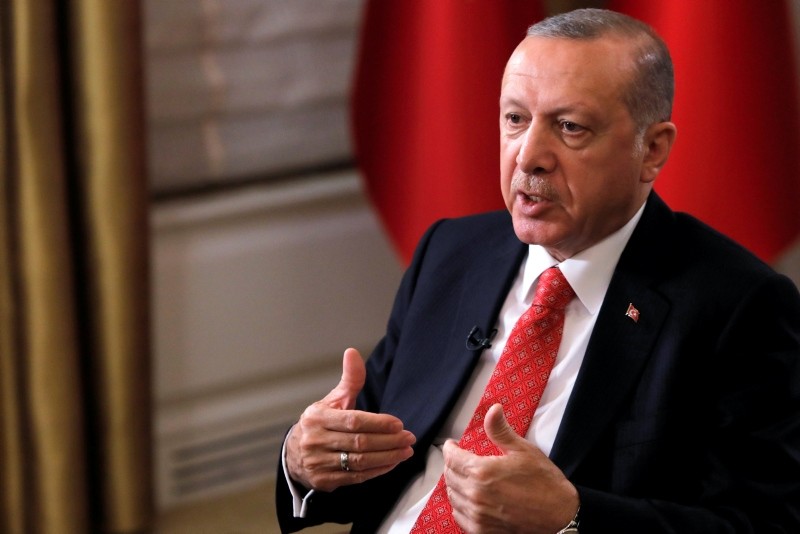 President Recep Tayyip Erdoğan criticized UEFA for its decision to award Euro 2024 to Germany, pointing to the association's unwillingness to change despite Turkey's competitive position against problem-plagued German football.

"It's always the same. You award two World Cups and a European Championship to the same country, but you say this or that when it comes to Turkey," Erdoğan said.

Erdoğan said Turkey's facilities were both newer and more modern than Germany's.

"I didn't mind it much, to be honest," Erdoğan said, adding that the decision saved Turkey the cost of organizing the event.

Last Thursday, UEFA president Aleksander Ceferin announced that Germany was elected to host the Euro 2024 football tournament during a ceremony at the headquarters of the European football's governing body in Nyon.

The committee voted 12-4 in favor of Germany, with one vote invalid, according to German football federation (DFB) chief Reinhard Grindel.

Before the voting, Germany's candidacy was overshadowed by allegations of racism and corruption. "The campaign to eliminate racism, discrimination and intolerance from football has become a major priority for UEFA in recent years-and the European body makes full use of its high-profile platforms to send out a key and unequivocal message: No to Racism," according to UEFA.

"No to Racism" – a campaign launched by UEFA to eliminate racism, discrimination and intolerance from football – was thought to shatter the hopes for Germany's EURO 2024 hosting bid.

Over the recent years, Germany has been rocked by racism and bribery-related allegations and faced widespread protests.

In 2015, German weekly Der Spiegel claimed that Germany had paid 6.7 million euros in bribes to secure the 2006 World Cup. Wolfgang Niersbach, the then head of German Football Association (DFB), was forced to resign over the allegations. Later he was banned from football by FIFA for one year.

Özil said that Grindel failed to support him when he received hate mails, threatening phone calls and racist comments on social media. The DFB head later admitted that he had not been supportive enough in Özil's case.