US media and politicians voice concerns over Khashoggi disappearance 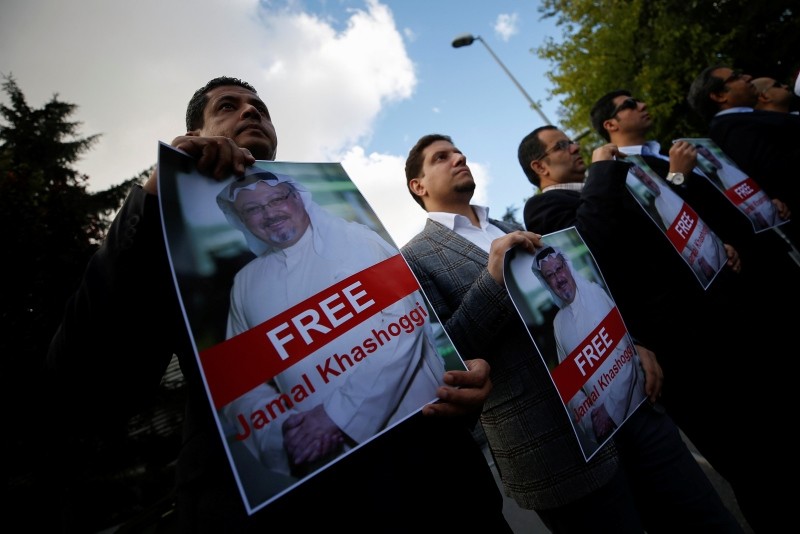 Politicians and media outlets in the U.S. showed strong reactions and expressed concerns over the disappearance of Jamal Khashoggi, a renowned writer and journalist known for his critical views of the Saudi administration.

The Washington Post printed a blank column in its newspaper Friday titled "A missing voice" in solidarity with a Saudi contributor who went missing or was killed in the consulate, according to Turkish authorities.

Separately, the Post's editorial board called on Saudi Crown Prince Mohammed bin Salman to ensure writer Jamal Khashoggi "is free and able to continue his work," which included writing columns critical of the upstart royal and the kingdom's policies.

The New York Times claimed that it was an attack on press freedom, accusing Mohammed bin Salman who was elevated to crown prince last year, of attempting to silence powerful voices while trying to modernize the country.

In the article, the newspaper also claimed that Khashoggi was afraid of going to the consulate and had left his mobile phone to his wife to call for help in case of an emergency.

"That is the same reason that all who can should raise their voices in support of Mr. Khashoggi — and all the others brave voices that have been forcibly silenced. Raise them so that even a tyrannical reformer will hear," they wrote.

Bob Corker, chairman of the U.S. Senate's committee on foreign relations and Senator from Tennessee, called for authorization to access camera footage of the consulate in Istanbul and said that U.S. Ambassador in Saudi Arabia had been notified about the reactions from Khashoggi's disappearance.

U.S. Sen. Chris Murphy, the Connecticut Democrat who sits on the Senate's Committee on Foreign Affairs, expressed shock over the news.

"If this is true — that the Saudis lured a U.S. resident into their consulate and murdered him — it should represent a fundamental break in our relationship with Saudi Arabia," Murphy wrote on Twitter.

Pulitzer Prize winner, researcher and author Thomas Friedman called on President Donald Trump and his son-in-law Jared Kushner on Twitter to take immediate action to ensure that Khashoggi is found and released.

In his tweet, Friedman said that without Khashoggi, Saudi Arabia's economic reforms would have been unsuccessful.

"If Khashoggi was indeed murdered inside a diplomatic facility, it is an act of terror that echoes Russian and Chinese tactics of extraterritorial, extrajudicial attacks on dissidents, intended to intimidate any who would speak out against the Saudi government, no matter where they may be, and giving the lie to official narratives of 'reform' in Saudi Arabia," said Summer Lopez, PEN America's senior director of free expression programs.

"If Saudi authorities wish to counter these claims, they must produce Khashoggi immediately. If the killing is confirmed, those responsible for this heinous crime must be held accountable," she added.