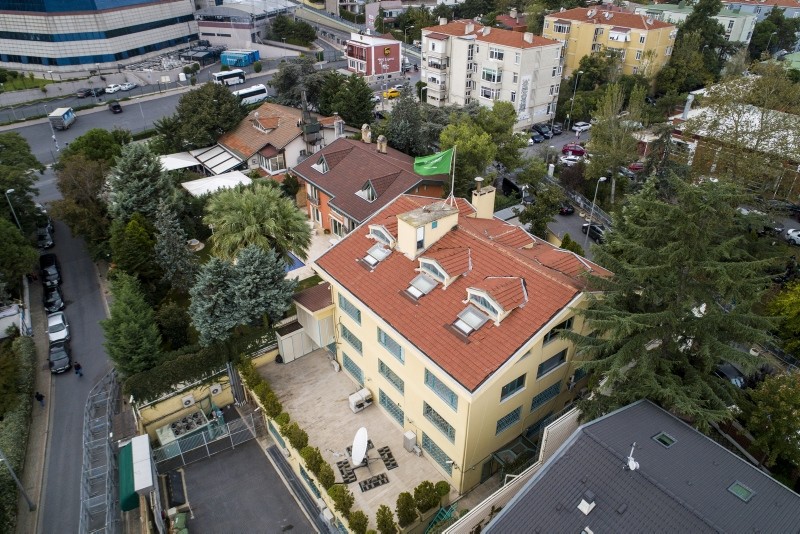 An examination will be carried out in the Saudi consulate in Istanbul regarding Saudi journalist Jamal Khashoggi's disappearance, Turkish Foreign Ministry said Tuesday, adding that Saudi authorities are open to cooperation.

A statement by the ministry said that the search will be carried out as part of the ongoing investigation by Turkish authorities regarding Khashoggi's fate.

The ministry said that Turkey is carrying out the search in line with the Vienna Convention on Consular Relations as the host country and with the permission of the Saudi diplomatic mission chief.

Developments regarding Khashoggi have been closely monitored by Turkish judicial, security and intelligence units since the day he disappeared, it added.

According to diplomatic sources, a diplomatic note by the Saudi consulate to the ministry inviting Turkish officials to visit the consulate.

"The Kingdom of Saudi Arabia conveys its regards to the brotherly Republic of Turkey," began the note.

Turkish police investigating the case said on Saturday that 15 Saudis, including several officials, arrived in Istanbul on two planes and entered the consulate while Khashoggi was inside.

Istanbul prosecutors are investigating the incident, while the consulate said on Twitter that it was working in coordination with Turkish authorities.