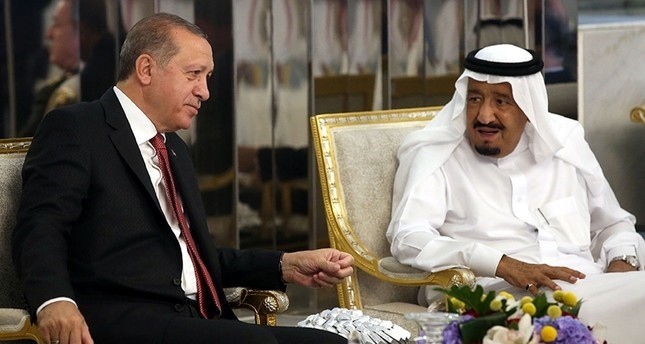 Saudi King Salman called President Recep Tayyip Erdoğan, thanking him for the recently formed joint Turkish-Saudi working group to investigate the disappearance of journalist Jamal Khashoggi, who is feared to have been murdered by a team of Saudi agents in the kingdom's Istanbul consulate.

Salman also affirmed the kingdom's "solid" ties with Turkey, saying no one could undermine the relationship between the two countries, the Saudi foreign ministry said.

The joint team will investigate the disappearance of Khashoggi upon the kingdom's request, Presidential Aide Ibrahim Kalın said last week.

Khashoggi, journalist and columnist for The Washington Post, has been missing since he entered the consulate in Istanbul on Oct. 2. Turkish authorities suspect he was killed. Saudi Arabia denies any involvement in his disappearance.

On Tuesday, Turkish Foreign Ministry spokesman Hami Aksoy said Saudi authorities notified Ankara that they were "open to cooperation" and would allow the consulate building to be searched.

On Monday, President Recep Tayyip Erdoğan urged the Saudi Consulate to prove whether or not Khashoggi exited the building after entering, saying the consulate officials "can't get away with (simply) saying 'he left the building'."

Turkish police investigating the case said in a statement Saturday that 15 Saudis, including several officials, arrived in Istanbul on two planes and entered the consulate while Khashoggi was inside. On Tuesday, footage and identities of the "assassination" squad were made public.

U.S. President Donald Trump said Thursday that Washington was working with Ankara and Riyadh on the investigation, though Turkish officials denied his claim that U.S. investigators were operating inside Turkey.

Khashoggi had been living in self-imposed exile in the U.S. since last year.