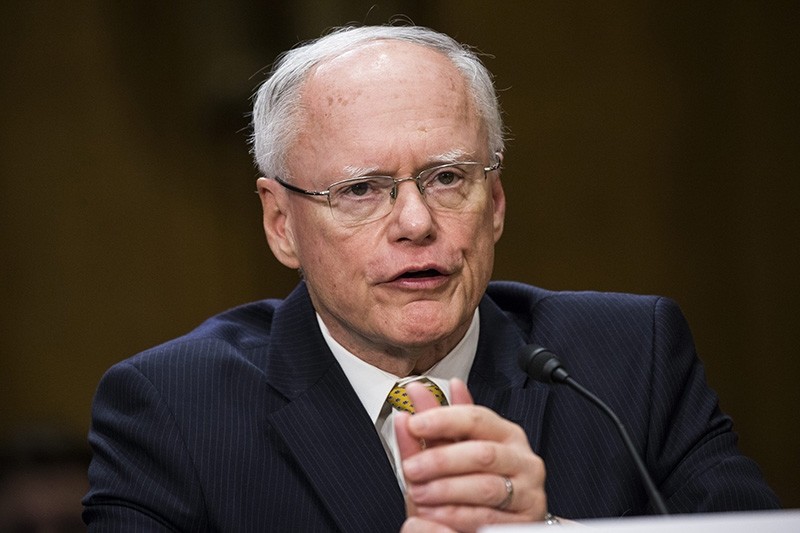 U.S. Special Representative in Syria James Jeffrey will make his first stop in Turkey on a regional tour including Qatar and Saudi Arabia.

A statement Monday by the U.S. State Department said Jeffrey's trip would run from Oct. 15-23, "for discussions with allies and partners about Syria."

"Throughout his trip, Ambassador Jeffrey will seek to meet representatives of the Syrian people and reiterate to them our full support for U.N. Security Council Resolution 2254, and U.N. Special Envoy de Mistura's efforts to stand up the Syrian Constitutional Committee as quickly as possible," the statement added.

U.N. Security Council Resolution 2254, adopted in December 2015, calls for a cease-fire and political settlement in Syria.

Jeffrey met with Defense Minister Hulusi Akar on Sept. 4 during his most recent visit to Turkey. The two discussed the situation in Syria's northwestern Idlib, Syria's political process and the continued presence of PKK's Syrian branch People's Protection Units (YPG) in the region.

Jeffrey, the former United States ambassador to Turkey, was appointed and sworn in as Washington's Special Representative for Syria Engagement in August. Ankara has expressed approval for the appointment.

Jeffrey served as the U.S. ambassador in Ankara from 2008 to 2010 and most currently a fellow with the Washington Institute. He has often criticized the U.S. arms support to the YPG, particularly regarding Ankara's concerns over the terror group.