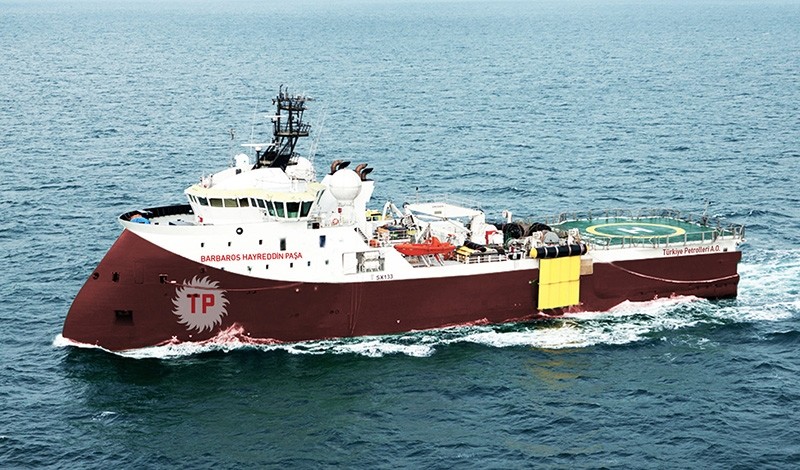 The Turkish navy on Thursday stopped a Greek frigate from harassing a Turkish research ship in the Eastern Mediterranean.

The seismic and drilling vessel Barbaros Hayrettin Paşa was carrying out research activity, as had been previously announced, on the Turkish continental shelf of the Güzelyurt Research Coast off the Republic of Northern Cyprus, Anadolu Agency cited unnamed sources as saying.

The Greek frigate began harassing the research vessel in the early hours of Thursday morning, in violation of international law and conventions.

The Foreign Ministry issued a statement saying Turkey would continue to exercise its sovereign rights and jurisdiction over its continental shelf.

"We recommend that Greece abstain from acts that would cause an escalation in the region," the ministry said in a statement, warning that Greek "insistence on unrealistic claims" would only result in harming bilateral relations and regional stability.

The Ministry of Energy and Natural Resources made a statement later Thursday again urging Greece to avoid inflaming tensions and stating Turkey would continue to defend its rights under international law.

A Greek defense source denied there was an incident but said the Greeks were monitoring the activity of the Barbaros Hayrettin Paşa. It said the vessel appeared to be in an area claimed by Greek Cyprus for future hydrocarbons exploration, west of the island.

Turkey has consistently contested the Greek Cypriot administration's unilateral drilling activity in the Eastern Mediterranean, saying Turkish Cypriots also have rights to the resources around the area.