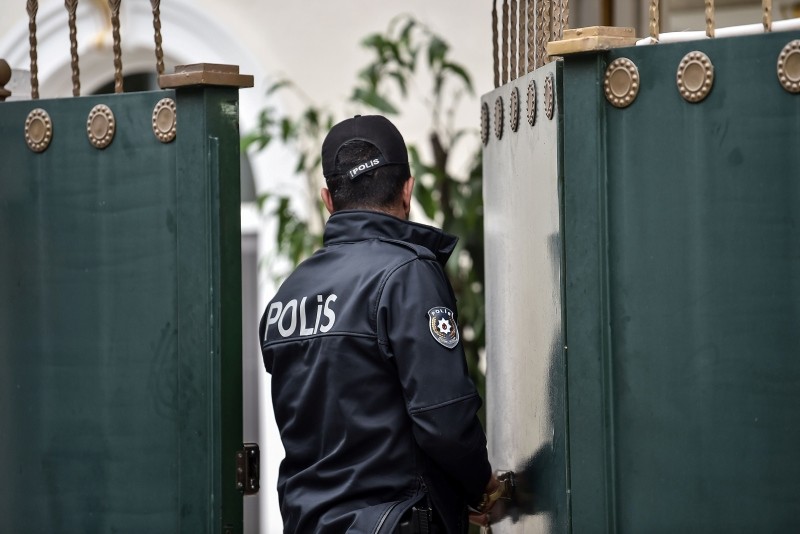 The Crown Prince claimed that the kingdom's Istanbul consulate falls under Saudi sovereignty. This claim is totally false according to the Vienna Convention on Diplomatic Relations

Trying to whitewash his reputation, Mohammad bin Salman tried to dispel rumors about the disappearance of Washington Post journalist Jamal Khashoggi, who was most certainly tortured, killed and dismembered. In addition, the Crown Prince claims that the kingdom's Istanbul consulate falls under the regime's jurisdiction. He is terribly wrong.

It is not very common for a de facto ruler of a country to fail in the knowledge of diplomacy, the Vienna Convention and so on, especially for someone who has been on an aggressive drive of self-promotion to rejuvenate the image of both his and his family's undemocratic rule on the country.

He was so kind as to utter, "We have nothing to hide. The premises are sovereign territory, but we will allow [Turkish officials] to enter." That's where the lack of diplomatic knowledge surfaces.

According to the Vienna Convention on Diplomatic Relations dated 1961, consulates and embassies are granted "inviolability" which is far from "extraterritoriality." The principle of inviolability grants some protection to diplomatic missions; such as tightened security around the building and the fact that the host country's authorities cannot enter the premises without the permission of consular officials. Nevertheless, the territory still falls under the jurisdiction of the host country and that's why the Saudi consulate staff were questioned by Turkish prosecutors on Friday.

Aside from the Saudis' reluctance at the beginning of the Khashoggi saga to let Turkish officials enter and search the building, they finally granted permission 10 days after the murder and Turkish police carried out an investigation inside. The police found several DNA examples despite days of probable Saudi attempts to cover up the traces, as cleaning personnel were caught on camera entering the consulate hours before an inspection was supposed to be carried out.​

Khashoggi had long been feared killed after he entered the Saudi Consulate building in Istanbul on Oct. 2 and was never seen leaving.

As the world demands answers from Riyadh, Turkey continues to investigate and shed light on a murder committed on its territory.