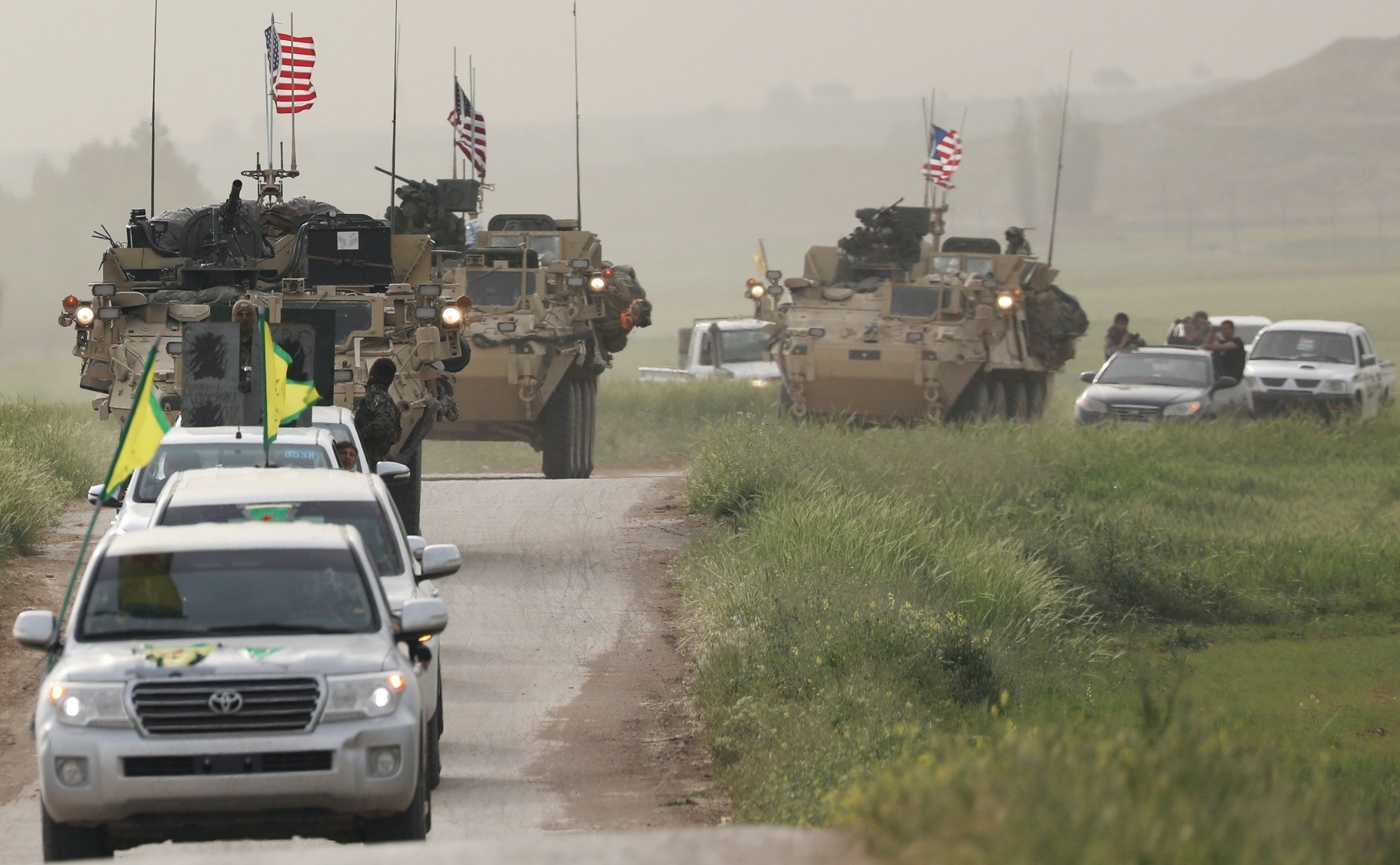 Although the U.S. has often made statements over its concerns about YPG activities in northern Syria, the country has failed to assure Turkey, which expects more concrete steps

Washington has recently reiterated that it is not planning to create a state-like structure in war-torn Syria; this clarification comes amid activities by the PKK-linked People's Protection Units (YPG) in northern Syria that imply a state formation. In an attempt to ease Turkey's concerns on the matter, the U.S. said it favors Syria's territorial integrity. However, experts have stressed that concrete steps are needed from Washington, not vague statements.

"In its rhetoric, the U.S. has been attempting to ease Turkey's concerns. Yet, when its solid steps in Syria are taken into consideration, it is clear that the U.S. has some longstanding investments in the region," Can Acun, an expert in Middle Eastern politics said. He added that Turkey remains seriously concerned about neighboring Syria's territorial integrity.

Relations between Turkey and the U.S. went into a tailspin due to the latter's military support for the Syrian Democratic Forces (SDF), which is dominated by the YPG, under the pretext of fighting Daesh.

On Wednesday, U.S. Special Representative for Syria Engagement James Jeffrey stressed that Turkey is concerned about the possible formation of PKK-linked autonomous structures in northern Syria.

"This is a threat against Turkey," he said, adding that the U.S. also supports Syria's territorial integrity. He highlighted that the U.S. has not been involved in efforts to establish a state in northern Syria.

Jeffrey, who served as the U.S. ambassador in Ankara from 2008 to 2010, took his new position in August. Ankara has expressed its approval for the appointment.

He has often criticized the U.S. arms support of the YPG, particularly regarding Ankara's concerns over the terrorist organization.

Turkey has strongly objected to the YPG's efforts to form a state-like structure in Syria. Ankara has been warning the U.S. that supporting a terror group would mean sowing the seeds of instability for Syria's future.Using the fight against Daesh as a pretext, the U.S. provided arms support to the terror group. After Daesh was cleared from the region with the help of the U.S., the YPG tightened its grip on Syrian soil by taking advantage of the power vacuum in the war-torn country. The terror group also established the so-called "nine committees," which are similar to ministries and formed a political entity called the General Council of Self-Administration last month in northern and eastern Syria, hinting to its autonomy plans.

"The war against Daesh is substantially completed; yet, the U.S.' arms support for the YPG continues. The group has been attempting to form a so-called governing structure by designating some officials. This refers to the longstanding investments and efforts in the region showing that the U.S. aims to establish its influence in the region and has long-term plans," Acun highlighted.

In relation to the issue, Murat Aslan, an academic from Hasan Kalyoncu University, said that despite Jeffrey's recent statements, the U.S. has long been involved in efforts to support the YPG, which has apparent aims to establish an autonomous structure. Aslan pointed to the huge policy gap between the U.S. State Department and the Department of Defense. With the aim of clearing YPG terrorists from Syria's northeastern province, Manbij, Ankara and Washington reached an agreement early June that focuses on the withdrawal of the group. According to the road map, joint patrols will be conducted by the militaries of both countries in order to establish stability in the region.

Criticizing the sluggish process of implementation, Ankara recently stressed that the Turkish military could intervene if Washington has difficulty pushing back the YPG from the region.

Foreign Minister Mevlüt Çavuşoğlu said Wednesday that President Recep Tayyip Erdoğan told U.S. Secretary of State Mike Pompeo, during his visit to Ankara, that Turkey is ready to eliminate terrorists in Syria's Manbij if the U.S. is facing any difficulties. He also urged the country to implement the deal in accordance with the initial road map.

Erdoğan had signaled previously that Turkey will not allow a fait accompli in the region and stressed that the east of the Euphrates should be cleared of terrorists as well.

"Turkey is determined to take steps to protect its national security," Acun added.

Meanwhile, Russia has been voicing its opposition of the U.S.' steps in Syria. Russian Foreign Ministry spokesperson Maria Zakharova said in Moscow on Wednesday that "the U.S. has been attempting to form a state-like structure in northern Syria" and added that Russia was concerned about these developments.

Russian President Vladimir Putin said yesterday that Daesh has expanded its presence in a part of Syria controlled by the U.S. and U.S.-backed forces. Putin said Daesh has taken nearly 700 people hostage in the area. He added that the hostages include several U.S. and European nationals.

Commenting on Russia's perspective, Acun said, "Russia does not consider the PKK/YPG a direct threat; however, as the U.S.-YPG partnership might gain influence in the region, Russia is disturbed and attempting to increase pressure on them."