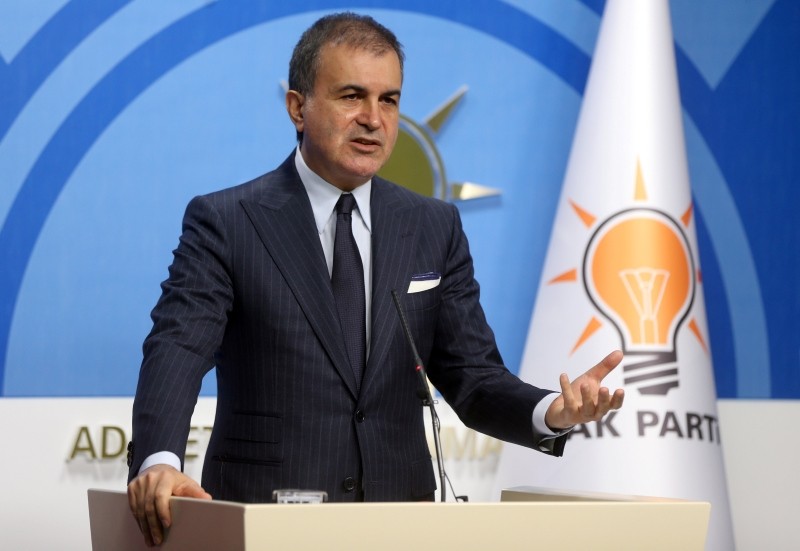 Turkey will reveal all details of the death of journalist Jamal Khashoggi after Saudi Arabia admitted he was killed at its Istanbul consulate, Justice and Development Party (AK Party) spokesperson Ömer Çelik said Saturday.

"Turkey will reveal whatever had happened. Nobody should ever doubt about it," Çelik said.

Khashoggi, a Washington Post contributor and critic of the petro-state's powerful crown prince, was last seen on October 2 entering his country's consulate in Istanbul.

Riyadh's admission came after persistent claims the Saudi authorities that the journalist had left the consulate alive.

Turkish police and prosecutors this week searched both the consulate and the consul's residence in Istanbul.

Çelik said it was Turkey's "debt of honor" to reveal what happened.

"We are not accusing anyone in advance but we don't accept anything to remain covered (up)," he said.

Speaking along the same lines, Numan Kurtulmuş, deputy head of the AK Party, said Turkey "never allow a cover-up" of the killing of Khashoggi ​adding that it would share its evidence with the world and that a "conclusive result" of the investigation is close.

"It's not possible for the Saudi administration to wiggle itself out of this crime if it's confirmed," Kurtulmuş said.

President Recep Tayyip Erdoğan on Friday night spoke with Saudi King Salman and the two agreed to continue cooperation in the probe.

Staff members of the Saudi Arabian consulate in Istanbul also testified to prosecutors Friday as part of the probe.

Khashoggi had long been feared killed after he entered the Saudi Consulate building and was never seen leaving.