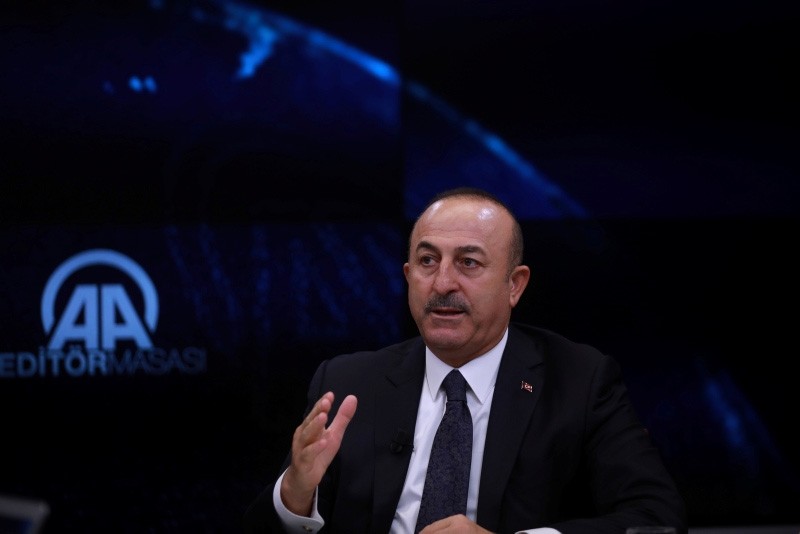 Speaking at Anadolu Agency's Editor's Desk, Çavuşoğlu said Turkey will cooperate with any independent investigation by the U.N. or international courts and institutions on Khashoggi's killing.

While Turkey has not shared evidence on Khashoggi case with any country, there may be meetings between intelligence services, Çavuşoğlu said.

Çavuşoğlu said Saudi Arabia's admission of Khashoggi's killing was important, although late. The international pressure made the kingdom confess to the journalist's murder, he said.

Khashoggi went missing on Oct. 2 after he entered the Saudi consulate in Istanbul.

Çavuşoğlu also said steps would be taken in coming days to lift U.S. embargoes on Turkey, put in place over the case of terror-convicted pastor Andrew Brunson, who was released and returned the U.S. earlier this month.

The minister said Turkey-U.S. ties are strained due to U.S. support to the PKK's Syrian affiliate People's Protection Units (YPG) and stance on Gülenist Terror Group (FETÖ), whose leader Fethullah Gülen has been living in exile in Pennsylvania despite Ankara's extradition requests. He said U.S. harboring of the FETÖ leader, who was behind the July 2016 coup attempt in Turkey, is "unacceptable."

Çavuşoğlu called on Washington to halt support to the terrorist YPG and to fully implement the agreed upon road map for Syria's Manbij. Turkey will not allow the YPG to be part of Syrian constitutional committee, he added.

Saudi Arabia's Foreign Minister Adel al-Jubeir said Tuesday the kingdom was committed to a thorough and complete investigation to get to the truth behind the killing of Khashoggi.

Saudi Arabia had sent a team to Turkey for a joint investigation and "uncovered evidence of a murder" in the Saudi Arabian consulate in Istanbul, the minister told a news conference in Indonesia during a state visit.

"We expressed commitment ... to see to it that the investigation is thorough and complete and the truth is revealed and those responsible will be held to account," Jubeir said at the joint news conference with his Indonesian counterpart.

"We will see to it ... that procedures and mechanisms are put in place to ensure that something like this can never happen again," he said.